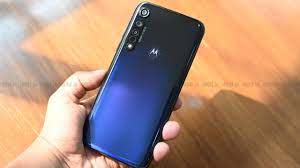 There has been a halt on the line of Moto G8 smartphones which came in an affordable price, but the market is already full of conjectures on the next series of the phone, the Moto G9 line.

MySmartprice has spotted a certification listing for a phone where one can find the model number which is linked to the Moto G9 Plus. It is very much expected that this would be the first Moto G9 phone which would be revealed, as Moto G8 Plus was the first phone of this range..

As per the leaks and reports the above mentioned specifications would not leave a great remark as they are the minimal features which are expected for the smartphones which are pocket-friendly, but the fast charging specification might leave the world on fire.w

Talking about the design of Motorola phone, they have basically larger batteries, and the speed of cahrging i sslow which results in longer time to fill up the battery. Although 30W charging is very much faster so it would not landd Moto G9 in the same problem.

Fast charging across the range

Although, the charging speed of Moto G8 phones is not the same, they are very much in similar ballpark.  So it can be the same scenario with half of the Moto G9 models- the rest of the models can also get an update on charging, all of them are 30W.

This feature of fast charging would help give a lead over other cheap phones available in the market, as one can only see fast charging only in smartphones of mid-range and top-end .