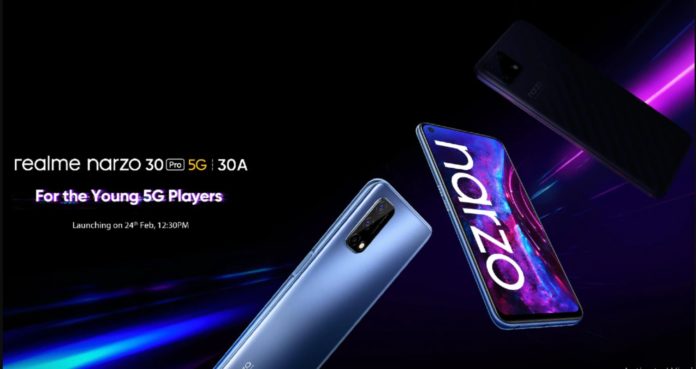 The launch date for Realme Narzo 30 Pro 5G and Narzo 30A has been announced via a listing on the Realme website and Flipkart. These smartphones are going to be released on February 24 at 12:30 PM. Narzo 30 series is going to be the successor to Narzo 20 series released last year. Realme Buds Air 2 TWS airbuds will also be launched alongside smartphones.

I am all set to unveil a new range of performance-driven #Narzobyrealme smartphones at 12:30PM IST, 24th Feb!

Madhav had earlier revealed the retail box for the upcoming Narzo series. The blue box with a simplistic design looked interesting. The listings reveal that Narzo 30 Pro sports a rectangular setup for camera modules at the back that carries three cameras and an LED flash. The device comes with a side-mounted fingerprint scanner, which confirms that there is no AMOLED display. The screen size of the device is expected to be 6.5-inch with a 120Hz refresh rate and a punch hole for the front camera.

Earlier leaks revealed that the device is powered with latest MediaTek Dimensity 800U SoC with 5G connectivity. Realme X7 is also powered by the same chipset. The device is expected to come with Android 11 out of the box with Realme custom UI.

Narzo 30A is supposed to be cheaper than the Narzo 30 Pro. The device has a square camera setup housing three cameras. Other specifications of the device are not revealed as of now.

Narzo 30 Pro 5G is going to mark the beginning of affordable 5G smartphones in India, cheaper than Realme X7 that was launched earlier this year. The company is claiming it to be “the most powerful gaming mid-ranger” because of the Dimensity 800U chipset. 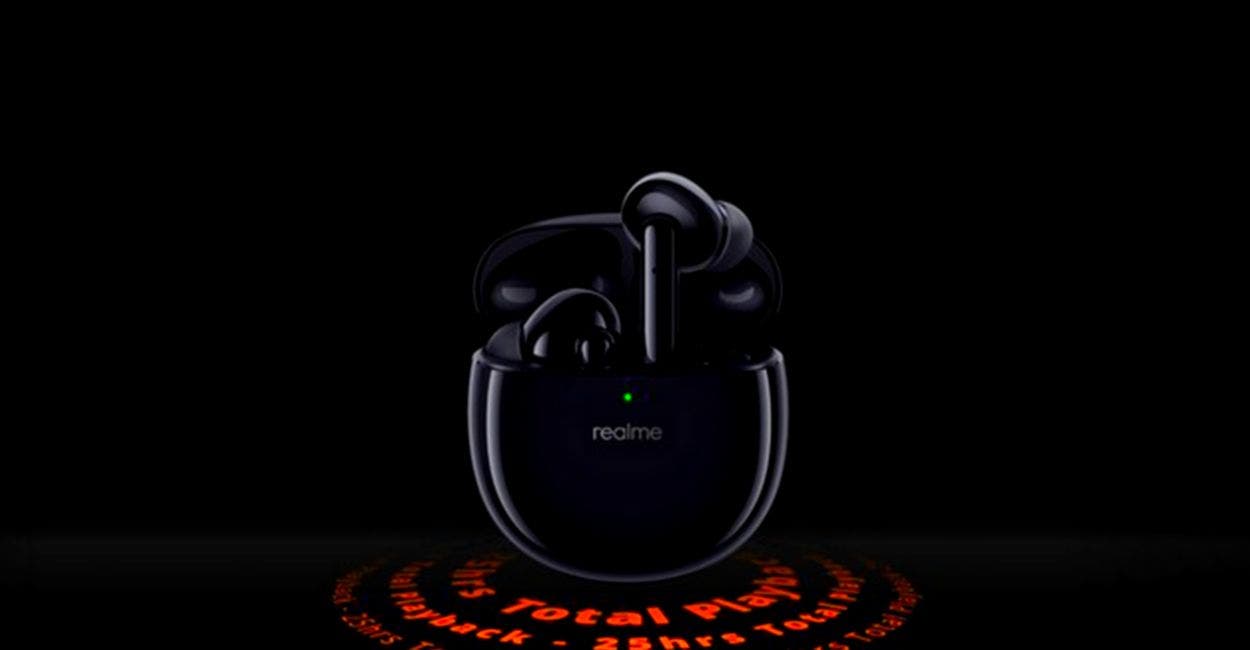