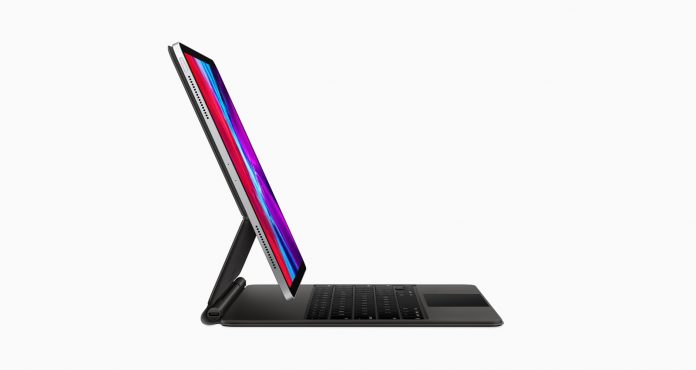 A recently published design patent unveils that Apple might be set to introduce a 2nd Gen Magic Keyboard for iPad Pro in 2021. It aims to improve the excellent yet pricey iPad Pro Magic Keyboard.

The news has arrived from the folks of Patently Apple that points to five recently granted design patents for Apple’s iPad Pro. Its true that the patents doesn’t look much different but previous rumors have given a reason to believe the fact that there might be some new tech under the hood.

If Apple is trying to patent a new Magic Keyboard, there is a reason to believe that it will have new features. There might be materials change towards something which attracts less fingerprints or feels more high end. It must be noted that the Magic Keyboard costs up to $329. Patently Apple states that Apple has filed all five design patents under Locarno Classifications 14-01, 02 and 03 and has revealed what each of the classifications refer to.

The 02 and 03 are a bit boring – data processing equipment, peripheral apparatus and devices and telecommunications equipment, wireless remote controls and radio amplifiers have been included in the first patent if it does not refer to the new iPad Pro itself and this is intriguing. Locarno Classification 14-01 is for equipment for recording or reproduction of sounds and pictures and a report in May 2020 referred to the use of microphones at the keyboard. The report also suggested that the microphones can be used to control the iPad Pro and the device can interpret when our fingers hit the keyboard or desk.

Since its a normal case with patent news, it is hard to say that the works that are in progress will get translated to actual final results. Companies always apply for patents to block rivals from making the same product even if they don’t have any intention to make such device.