Last month, Nintendo finally took the veil off of its much-anticipated Switch Lite which will be launched on September 20th. But interestingly, the company has launched a redesigned and revised version of the original Nintendo Switch. With its arrival, Switch brings in some really interesting tweaks. However, it may seem that the new model barely includes any changes but contrary to that there have been few improvements, most notable being improved battery life.

Digital Foundry tested the product and it states that the updated Nintendo Switch has almost 80 percent improved battery life as compared to the older version. They further found out that, earlier Switch model lasted for only 2 hours and 45 minutes when playing The Legend of Zelda: Breath of the Wild on full brightness. But now, with a revision to the original model, the battery lasts almost 4 hours and 18 minutes. While running on 50 percent brightness, the new model has almost 64 percent improved battery life performance. Along with battery life improvements, overall temperatures have reduced too but not significantly. The heat off of the internal SoC is 50C instead of 54C. Moreover, it seems like Nintendo has also reduced fan RPM, thus, limiting noise.

Furthermore, two other improvements have been made which are:

The new Nintendo Switch looks pretty improved and promises to last longer where users can play games at full brightness for a longer time. However, users will miss the motion sensors but they can purchase a pair of Joy-Con controllers separately. 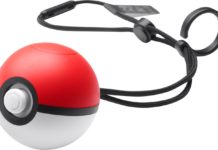 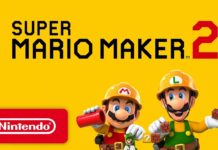