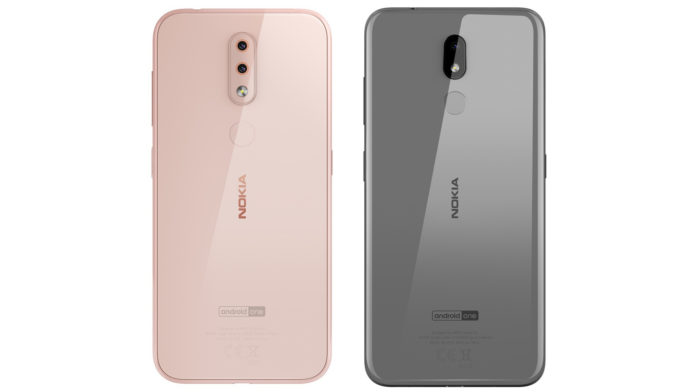 HMD Global unveiled the Nokia 3.2 and Nokia 4.2 in Barcelona ahead of the official kick of the MWC 2019. These devices from Nokia are a more affordable line of smartphones from the company that are a part of Google‘s Android One programme and come with features like artificial intelligence (AI)-powered camera capabilities, Face Unlock, a waterdrop-style notch. Moreover, the new Nokia phones come with two new features that were not present in the previous generation Nokia phones–a dedicated button for Google Assistant and notification light in the power button.

In terms of specifications, the Nokia 3.2 will feature a 6.26-inch HD+ display with 19:9 aspect ratio in polycarbonate chassis. The phone is powered by Qualcomm Snapdragon 429 SoC coupled with 2GB or 3GB of RAM, depending on the variant. Nokia 3.2 also comes with an option for 16GB or 32GB RAM options, both of which is expandable up to 400GB using a microSD card. IN terms of optics, the device comes with a 13-megapixel sensor with an f/2.2 aperture. At the front, the device has a 5-megapixel camera with an f/2.2 aperture.

The device is fueled by a 4000mAh battery, which according to the company, will last 2 days on a full charge. The Nokia 3.2 also includes a 3.5mm audio jack and a Micro-USB port. The 32GB variant of the Nokia 3.2 also sports a fingerprint sensor, which is missing in the 16GB version.

The Nokia 4.2, on the other hand, comes with 2.5D glass on both back and front of the device with a polycarbonate frame and metal internal structure. The device features a 5.71-inch HD+ display with a 19:9 aspect ratio. It is powered by Qualcomm Snapdragon 429 SoC coupled with either 2GB/16GB or 3GB/32GB RAM and storage variant. The storage on the device is expandable up to 400GB using a microSD card.

In the optics department, the device houses dual camera setup at the back with a 13-megapixel primary sensor and 2-megapixel secondary sensor.

Additionally, HMD Global also released the Nokia 9 PureView along with Nokia 1 Plus and Nokia 210 smartphones at the MWC 2019.

MWC 2019: LG Launches 3 new smartphones along with a Dual-Screen Accessory