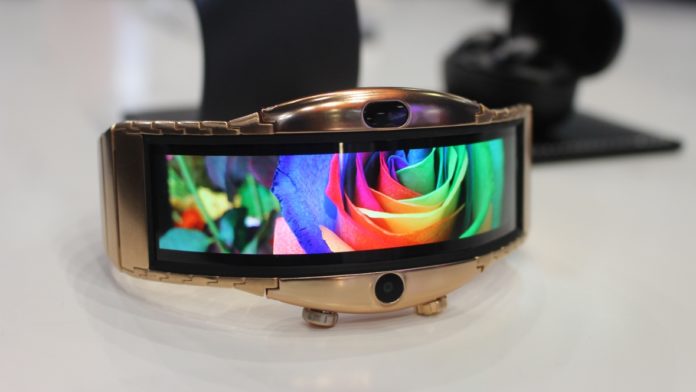 The MWC 2019 has seen its fair share of the first foldable smartphones from various manufacturers and now Nubia has launched the first of its kind smartwatch with a bendable screen at the event. The Nubia-α comes with an OLED flexible display, a camera, and e-SIM support. Nubia claims that the device comes with most features seen on Android phones. The smartwatch is powered by Qualcomm Snapdragon Wear 2100 SoC coupled with 1GB of RAM and 8GB of onboard storage. The Nubia-α runs on a custom OS and is backed up by a 500mAH battery.

The Nubia-α features a 4-inch flexible OLED display. According to the company, Nubia-α offers up to 230 percent more screen real state than typical smartwatches. The smartwatch can be strapped on the user’s wrists and lets users make or receive calls, use apps, and take photos. The smartwatch also comes integrated with various sensors including a heart rate sensor. The device is currently on display at the MWC in Spain, Barcelona, and will be available for purchase starting April.

The Nubia-α runs on a custom OS which comes with gesture control support. Users can use gestures close to the device to activate different features on the smartwatch. The device has two knobs on the right edge for helping in navigation, supports 4G connectivity via eSIM, and has a stainless steel band in Gold and Black color options.

It is powered by Qualcomm Snapdragon Wear 2100 SoC paired with 1GB of RAM and 8GB of onboard storage. The 500mAH battery on the device is claimed by the company to last up to 48 hours on a single charge. The camera on the device is compromised of a 5-megapixel 82-degree wide angle sensor with f/2.2 aperture. 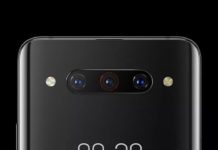 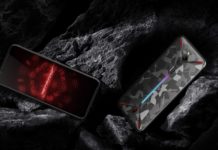 Nubia Red Magic 3 : first gaming phone with an internal cooling fan is out 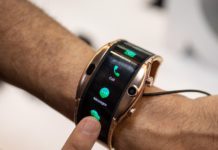 Nubia-α, Nubia Red Magic 3, and Nubia Pods to be launched in India in May