As the release of the next OnePlus phone inches closer, newer leaks and rumors have started to surface online. Now, two new images of a smartphone have been leaked on Twitter, being claimed as the OnePlus 7. From the front, the device does not seem to match the previous alleged leaks of the OnePlus 7, nevertheless, it does show a bezel-less design with an absence of a front camera, hinting at a pop-up selfie camera mechanism.

The pictures are shared by the Twitter handle @Steven_Sbw and show a glimpse of the upcoming smartphone from OnePlus. However, these leaks are recommended to be taken with a pinch of salt as there has not been any official announcement from the company regarding the design of the phone. The smartphone showcased in the photos show minimum bezels–a design choice most smartphone manufacturers have been choosing to go with nowadays. You can also see rounded corners, as well as power button and alert slider on the side. Previously, there had been a leak of the alleged OnePlus 7 showcasing an edge-to-edge display with a probability of a slider mechanism.

The Twitter has not shared anything in terms of the specifications of the device, except the images of the front of the device. The confirmation that has come from the company so far is that the next OnePlus device will be powered by Qualcomm Snapdragon 855 SoC.

OnePlus is also expected to release a 5G variant of its OnePlus 6T at MWC 2019. The device will look like the OnePlus 6T, sport the Qualcomm Snapdragon 855 SoC, and cost around ₹15,000-₹20,000 more. This means that the 5G phone from OnePlus would be the most expensive phone from the company so far. However, company co-founder Pete Lau said the device will actually be priced without profit in mind. So the reason for the price bump would be the cost of implementing 5G components in the phone. 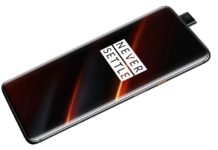 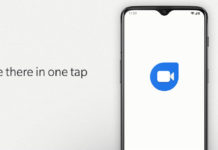