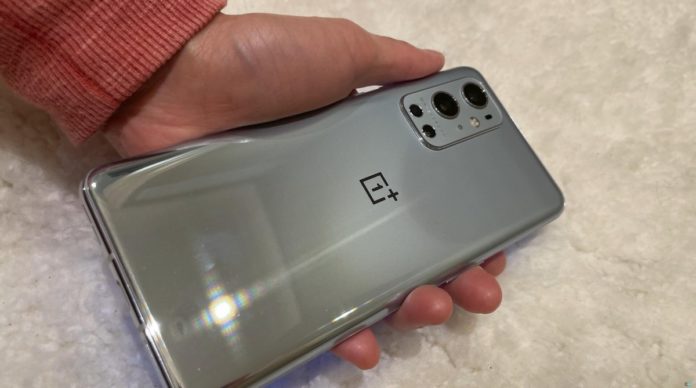 A tipster, who goes by the name TechDroider, recently shared screenshots of AIDA64 benchmark scores with model number LE2117. The tipster claimed that these are specifications of the upcoming OnePlus 9 series.

The screenshots confirm that the OnePlus 9 is going to feature the flagship Qualcomm Snapdragon 888 SoC and 6.55-inch FHD+ display with 1,080×2,400 screen resolution. The display supports a 120Hz refresh rate. The screenshots reveal that the device will feature a 4,500mAh Li-ion battery as compared to the 4,300mAh battery offered on OnePlus 8.

In another tweet, the tipster shared that the OnePlus 9 series will carry a power adaptor in the retail box and it will support 65W fast charging, as compared to 30W fast charging on the OnePlus 8 series. According to the screenshots, the OnePlus 9 features 8GB RAM and 256GB internal storage. One Plus 9 will also come with wireless charging as shared by TechDroider.

There were rumors of a 12GB RAM variant for the OnePlus 9 series, which seems limited to the top-of-the-line OnePlus 9 Pro and the OnePlus 9 will come with an 8GB RAM top variant.

According to another popular OnePlus leakster, who goes by the name Max Jambor, shared that OnePlus 9 Pro will feature LTPO(Low-Temperature Polycrystalline Oxide) display.

This LTPO display panel has been spotted on flagship devices like Samsung Galaxy Note 20 Ultra and Galaxy S21 Ultra and is also rumored to be featured on upcoming Apple’s iPhone 13 models. This LTPO OLED panel is considered better than the most widely used LTPS(Low-Temperature Poly Silicon) OLED display units. LTPO panels draw less power and also support adaptive higher refresh rates in the absence of any additional hardware.

The OnePlus 9 is expected to be priced at Rs 46,999. With this price point, the device will directly compete with Samsung Galaxy S20+ and Xiaomi Mi 10. Both the devices have performed well in the existing market. It will be an interesting rivalry among these devices with flagship features. However, there has been no confirmation from the company regarding the pricing and specifications.