Samsung has captured India’s premium smartphone segment by standing first among all other companies in the premium range. In Q1 2020, it has shared the highest market shipments even though there were no shipments in the last week of March due to the COVID-19 lockdown. After a long time Samsung is leading the premium smartphone market segment in India. 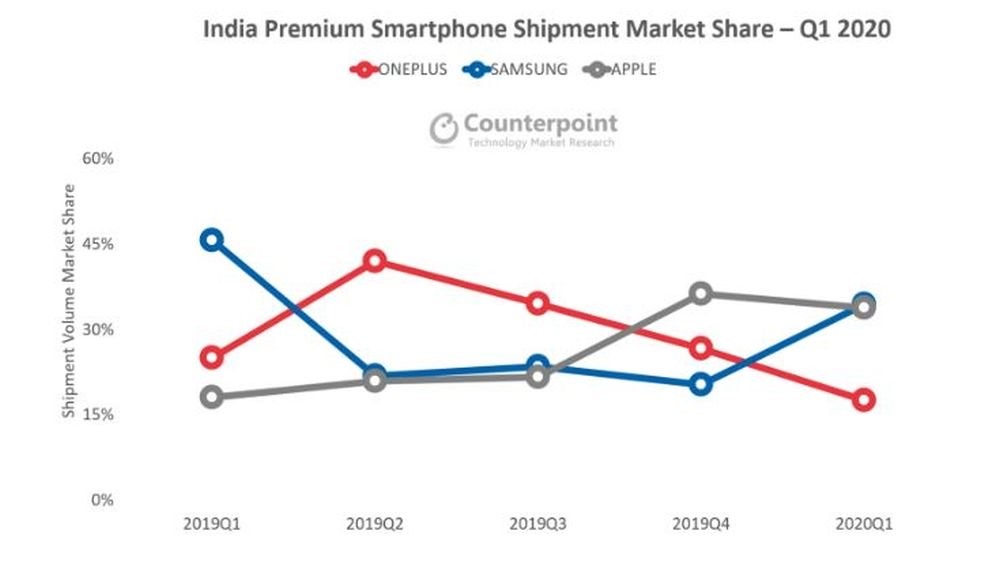 Samsung is bringing their 20,000 retailers online to increase sales. We have to see how company performs in the second half. Recently, in overall market shipments Samsung has lost it’s second which is occupied by Vivo. However, many tech analysts believe that the market would still expand larger with the release of lockdown and more people might buy smartphones.