The rumors about the Realme working on its RealmeOS are all around. The RealmeOS is a cleaner Android skin and it is possible that in the meantime it will ditch the garish iconography of ColorOS and the learning curve it needs.

However, it appears that ColorOS will still stay there for some more time before the RealmeOS took over completely.

Realme India chief Madhav Sheth has revealed that the company will soon roll out a ColorOS 7 edition that is exclusive to Realme smartphones and will also offer a “near-stock Android” experience. Not only this but he also hinted at the arrival of Realme-branded fitness wearables in India.

Madhav Sheth in his latest episode of AskMadhav show on YouTube spoke about the upcoming   Realme update and also addressed the rumor mill around the Realme OS. He revealed that the company is working on a tweaked version of the upcoming ColorOS 7 update that will be exclusive to Realme phones, while the standard ColorOS 7 update will be seeded to Oppo phones.

But more interestingly, the Realme-specific version of ColorOS 7 will bring a nearly stock Android experience, something that a lot of users have been demanding for some time. However, Sheth did not specify when the ColorOS 7 update will be rolled out. Moreover, Sheth did not explicitly deny whether something called RealmeOS is in development. He also mentioned that a VOOC fast charging power bank might also be launched if there is enough demand.

Sheth also mentioned that Realme will roll out a new software update in November that will enable video recording with the wide-angle camera on all Realme phones packing a quad rear camera setup.

Realme will soon launch a fitness wearable in India but did not specify whether it will be a fitness band or a smartwatch. 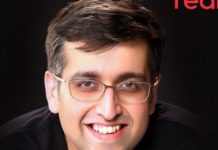