The Indian Wire » Gadgets » Realme V5 to be powered by the Dimensity 720; to go on sale on August 3 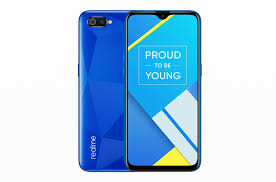 A new product line has been introduced by Realme which is known as the V-series and the first phone to make place  in the series is the Realme V5. An official announcement has already been made that the official launch will take plce on July 27. As per the listing of Tmall it has been said that the phone would go on sale and a few key specifications including the processor .

A retail site, added on to the information that at 14:00 on August 3 the Realme V5 will go on sale. The time duration is exactly seven days after the launch would take place.

Some key specifications of the device has been included on the list, one of the main one being the new MediaTek Dimensity 720 5G chipset. With a 1080*2400 resolution, a 6.5 inch screen has beenn provided which provides a clear view on a big screen. A punch hole is present in the top left corner of Realme V5 screen.

TMall has added on to it that there are two configurations in which phone is available- one is 8GB RAM with 128 GB storage and other one 6GB RAM with 128GB. The phone would be available in three different colors blue, silver and “Light of Dawn”. Talking about the other mentioned specifications it has 48MP quad cameras, Android 10 and Dual-SIM support.

Model number RMX2111, is also present in Realme V5 says TMall. It has already been certified by TENAA and full specifications has been released.