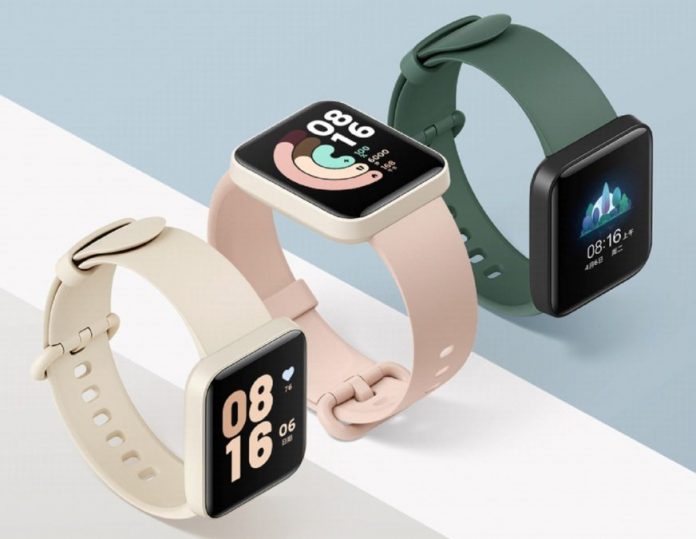 The sub-brand of Xiaomi, Redmi, has never released a smartwatch before and now its first entry turns out to be what we would expect which is a pretty uninspiring design at an attractive price. The Redmi Watch recently launched in China for 299 yuan or around $45.

It has a 1.4-inch rectangular display with curved glass and comes in black, white and blue color variants. The silicone strap is available in black, white, blue, green and pink. There is one button at the side of the watch with others being handled by the touchscreen or the Mi Fit app on a paired smartphone.

Other specs include NFC, Bluetooth 5.0, heart rate monitor and waterproofing up to 50m. Xiaomi says that the battery life will be good for around 7 days or 12 days if we use a power-saving mode. The UI and watch faces make constant use of black backgrounds, not like the Apple Watch, though at this price we won’t expect an OLED display.

The watch would go for sale at China on 1st December but it may come to other markets including US in a slightly tweaked version. Recently XDA Developers dug up an FCC listing for almost a near-identical watch known as Mi Watch Lite which has not been released till now.