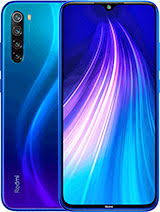 The prices of Redmi Note 8 price in India rise up once again. This was confirmed by Xiaomi  to Gadgets 360. The current updated version, which is for the 4GB RAM + 64GB storage, is just a little more than a month after the Redmi Note 8 had gone through its last price hike in the month of June. The updated price can be seen by the customers on Mi.com. In October, the Redmi Note 8 was launched in India  last year as the successor to the model of  Redmi Note 7. As of now, the  phone is competing against the likes of Realme Narzo 10 and Samsung Galaxy M11.

Let us know more about the specifications of the model.

Redmi Note 8 runs on Android with MIUI 11 on top, it has  dual-SIM (Nano) functioning  and features a  screen size of around 6.39-inch full-HD+ (1080×2280 pixels). The phone is powered by an octa-core Qualcomm Snapdragon 665 SoC, coupled with up to 6GB RAM. It includes a 48-megapixel  and comes with a quad rear camera setup that primary sensor with an f/1.79 lens and an 8-megapixel wide-angle shooter. The phone also features a 13-megapixel selfie camera sensor, with an f/2.0 lens.

When we talk about the storage, the Redmi Note 8 has up to 128GB of onboard storage which is very much expandable with the help of  microSD card (up to 512GB). The phone also  comes with a USB Type-C port and also has a sensor present which is rear-mounted fingerprint sensor. Besides, this  it packs a 4,000mAh battery that supports 18W fast charging instantly.