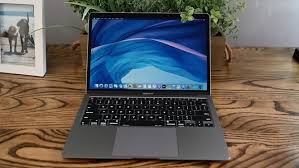 As there is a 1500mAh battery in the MacBook Air, 49.9Wh wattage has been listed, just like different other listings. It would be perfect one to jive with the new addition to the Air lineup.

There are larger batteries of the  Apple MacBooks as 9to5Mac notes. For instance, there is a 8,00mAh powerpack for the MacBook Pro. So one can think upon the fact that 4,380mah is somewhat smaller like a MacBook Air.

In case this is the scenario, Apple could be setting itself for the first of its Arm-based laptop. Earlier this year, Cupertino had already refreshed its Intel-powered laptops.

As per the prediction of the analyst, Ming ChiKuo unveiling of new laptop would be done, which shall be equipped with Apple silicon. Before the end of the year, Kuo said that the company is all set to launch two new set of laptops which would be based entirely on new architecture.

According to one of the predicted laptops Kuos it has been stated that the screen size would be a 13-inch MacBook pro, which is unlikely to fir for a small battery. Another one is the MacBook Air, whose size is unknown. The product comes with the A2389 listing.

Moreover, there are still conjectures about it. Apple, has yet not announced anything officially. However, as we go according to the leaks it is all set to unveil an Arm-based MacBook Air. A little over a month we would know find some news at the Apple’s usual September showing.