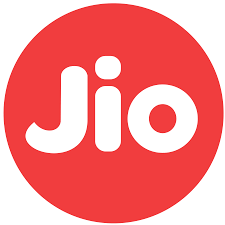 According to the CyberMedia Research (CMR) data, Jio Phone was the best selling mobile phone in India in the second quarter of 2018 (Q218) with a 27 per cent market share. The report claims Jio Phone gave birth to a new category called ‘Fusion’ phones – handsets that have 4G connectivity and apps in a closed ecosystem, but limited smart functions in a feature phone’s body. While it is the market leader in this new segment, smaller players such as Micromax and Lava are launching 4G feature phones too.

The JioPhone, priced at Rs 1,500, has a lot of appeal for buyers in India, all because of its low price and data-driven offerings have made major manufacturers realise India remains largely a budget and feature phone-driven market, and buyer adoption of smartphones isn’t quite as fast as major manufacturers may hope for.

The phone comes with unlimited calls and SMS, as well as the ability to tap into Jio’s 4G networks to access video and audio streaming services. The JioPhone has seen regular updates that have brought Facebook, YouTube and WhatsApp to the platform, further enhancing its usability and value for consumers. The Mukesh Ambani-led company will launch Jio Phone 2 on August 15.

“Smartphones above Rs. 4,000 are being shipped with 4G connectivity. LTE handsets grew 104 per cent compared to the same period last year,” the report added. Smartphones also have seen growth in numbers growing by 17 per cent, while the feature phone segment sees a decline. While the JioPhone can be considered a feature phone, the report categorizes it as a fusion phone, offering a combination of feature phone-like design and certain smartphone-like features from its connectivity.

“The second quarter of 2018 saw the arrival of Fusion phones as a distinct category. Though it is primarily driven by Jio Phone, Indian brands like Micromax and Lava are also shipping in smaller quantities,” said Narinder Kumar, Lead Analyst, IIG-CMR.

“In Q2 2018, there are two trends underlining short-term turbulence. First is the impact of Jio’s disruptive monsoon offer leading to erratic demand projection estimations for all major handset brands. Second is the capabilities of smaller players to switch to CKD manufacturing and maintain production levels with their own SMT lines,” said Prabhu Ram, Head-Industry Intelligence Group (IIG), CMR.

Reliance was followed by Samsung at 17.2 per cent market share in the mobile handset market. Strong sales from Huawei-Honor, Oppo-Realme and Vivo and brings them on the list. The report also states that mobile phone shipments are expected to cross 300 million by the end of the year, and smartphones will eventually outnumber fusion phone and feature phone shipments by 2020, according to estimates.