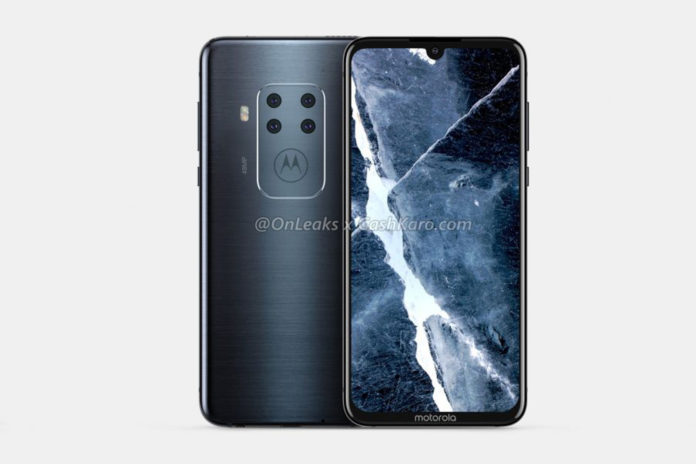 A new render of an unnamed Motorola phone has been leaked online–courtesy of @OnLeaks, via CashKaro, revealing a quad-camera setup. It is not known what device it could possibly be.

The most recent smartphones from Motorola is its Moto G-series. However, those devices fall in the mid-range segment in terms of price and specifications. In terms of flagships, Motorola has launched the Moto Z3 recently, which was followed by Moto Z4 renders a few weeks ago. 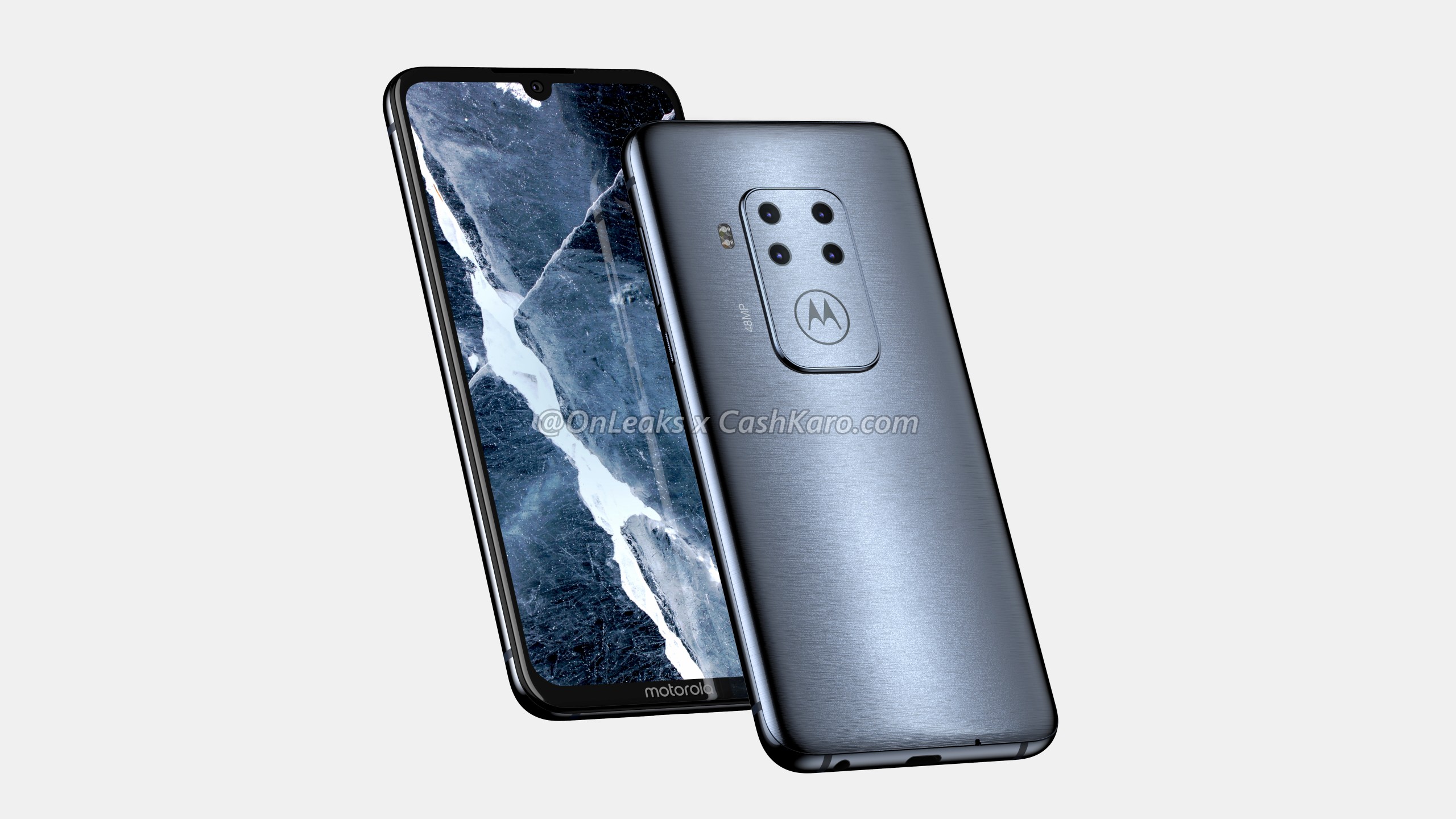 It can be speculated to be a part of X-series, however, there have been reports that Motorola is phasing that line out. There is a possibility that Motorola will launch an entirely new line-up with this device which we have not heard about yet. The phone looks quite appealing in the renders in terms of design, nevertheless, the big Motorola branding on the chin of the device seems appalling. The renders reveal a 6.2-inch display with a waterdrop notch on top, a headphone jack at the bottom, and a sleek, aluminum-finish that gives the device a premium look. The renders show the lack of a fingerprint scanner at the back panel, suggesting an in-display fingerprint sensor. Notably, an in-display fingerprint scanner is also expected on the Moto Z4.

Last month, another render of a Motorola device called Motorola One Vision got leaked revealing a punch-hole display and dual-rear cameras.

The device will be powered by the Samsung Exynos 9610 10nm chipset, as revealed by Geekbench, and will come in 3GB and 4GB RAM variants with up to 128GB of internal storage space. Previously, the Geekbench listing had revealed that the device scored a total of 1,599 in the single core test, and 5,328 in the multi-core benchmark test.