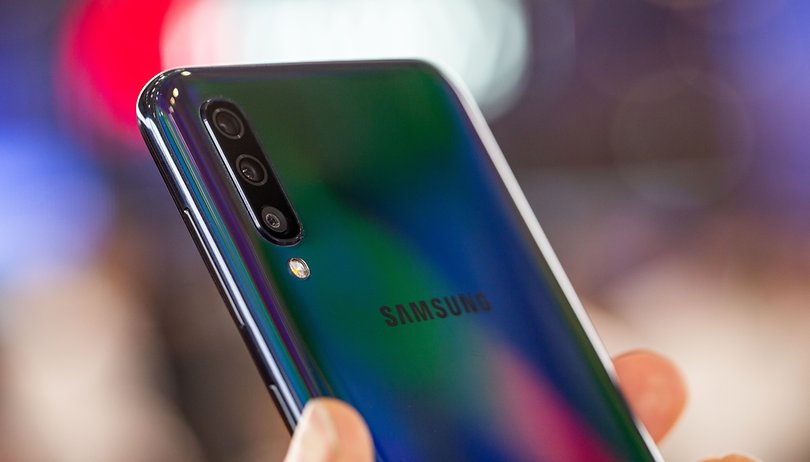 Samsung recently unveiled its Galaxy A10, A30, and A50 and now the company is looking forward to adding Galaxy A60 smartphone in its revamped A-series. The Galaxy A60 is expected to debut next month, however, the device surfaced online on Monday along with an alleged Samsung internal document that revealed the key specifications of the device. Earlier, the phone was said to be coming in with an LCD panel, nevertheless, that does not seem to be the case since the Galaxy A30 and A50 were launched with AMOLED screen.

According to the leaks published by SlashLeaks, the Samsung Galaxy A60 will feature a 6.7-inch full HD+ Super AMOLED Infinity-U display and will be powered by Qualcomm Snapdragon 6150 SoC, which is an unannounced processor from Qualcomm. In terms of optics, the device will come with a triple camera setup on the back with 32-megapixel primary sensor, 5-megapixel sensor, and an 8-megapixel sensor. At the front, the Galaxy A60 will feature a 32-megapixel selfie shooter. 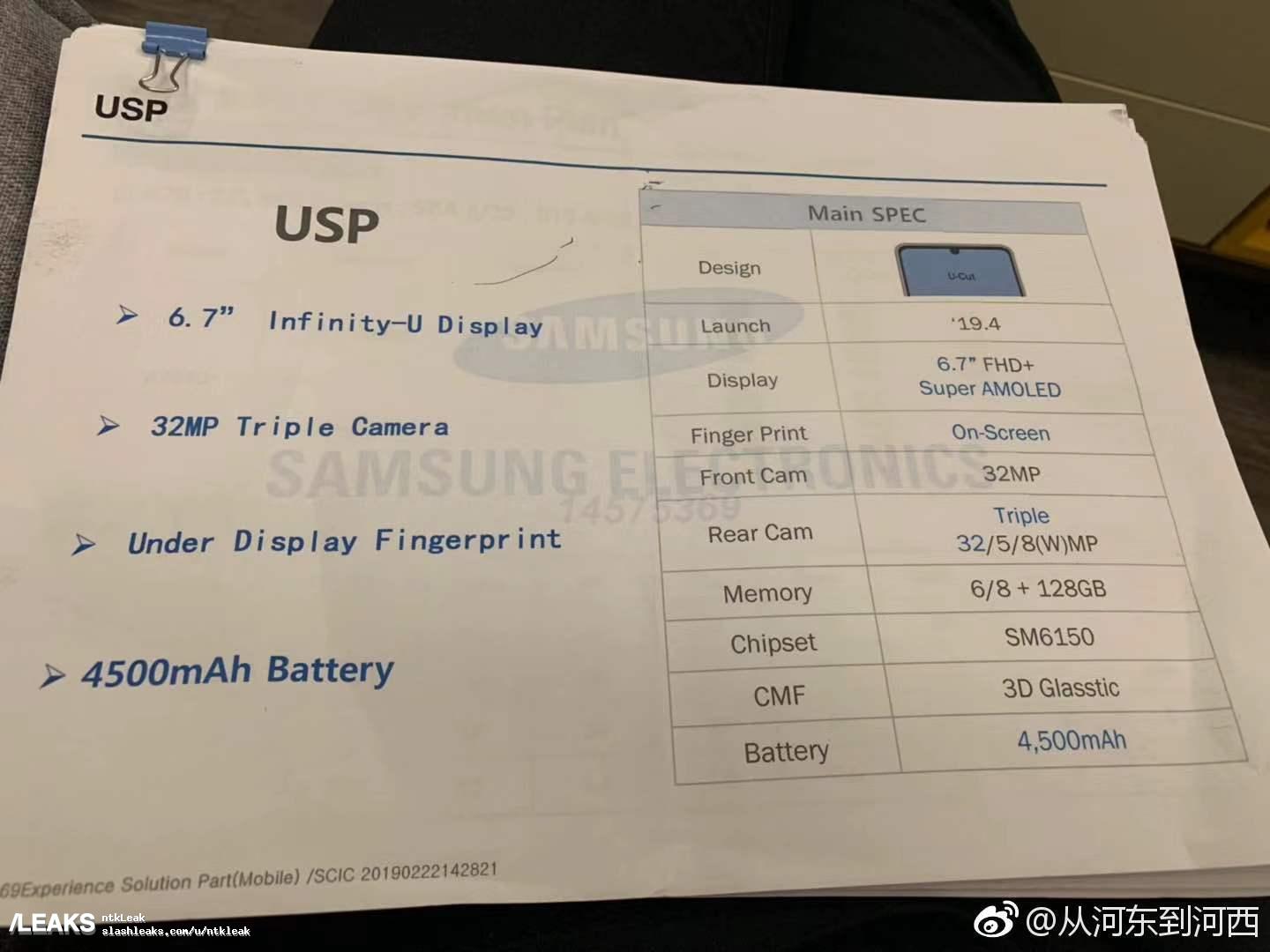 Moreover, the Galaxy A60 will be coming with 6GB and 8GB RAM variants coupled with 128GB of onboard storage. The device will also include an in-display fingerprint scanner. Other details on the device remain a mystery for now.

The leaked document also suggests that Samsung might launch the device on April 19.

Meanwhile, the price of another Galaxy A-series smartphone, the Galaxy A40, has been leaked online. The phone is reportedly coming to Europe soon with a price tag of a EUR 249 (roughly ₹20,000).

Last week Samsung released three new smartphones in its revamped Galaxy-A series compromising of Galaxy A10, A30, and A50.

The Galaxy A10 and the Galaxy A30, on the other hand, have been announced in only one variant.