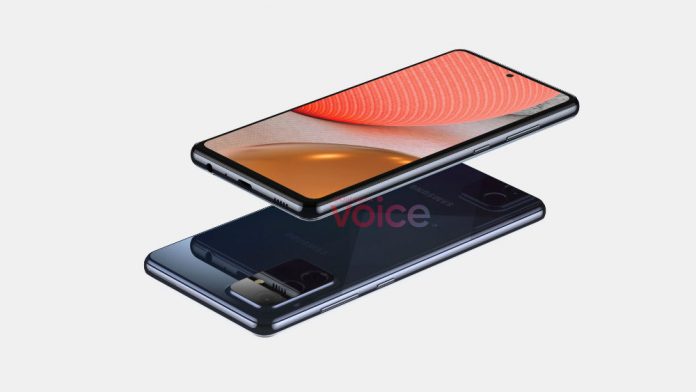 Samsung is expected to announce the Galaxy A72 early in 2021. It will include 4G as well as 5G versions, with model designations SM-A725F and SM-A726B. Samsung has not divulged anything yet about Samsung Galaxy A72, but the 4G variant has been spotted at Geekbench with key specs.

The smartphone runs on Android 11, which includes 8GB RAM and Snapdragon 720G SoC at the helm, and it is the same chipset that powers the Galaxy A52 4G.

The benchmark database does not include any other specs of Galaxy A72 4G, but recently leaked renders unveiled that its 5G counterpart will have a 6.7″ punch hole display and also have a quad camera setup and we expect the same from the 4G model.

Galaxy A72 5G might be priced between 550 to 600 euros and the 4G variant might cost between 450 to 500 euros and will be available in four different colours – Black, Blue, White and Violet.