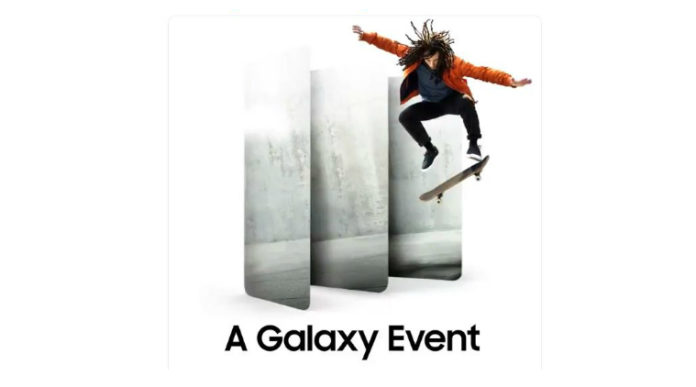 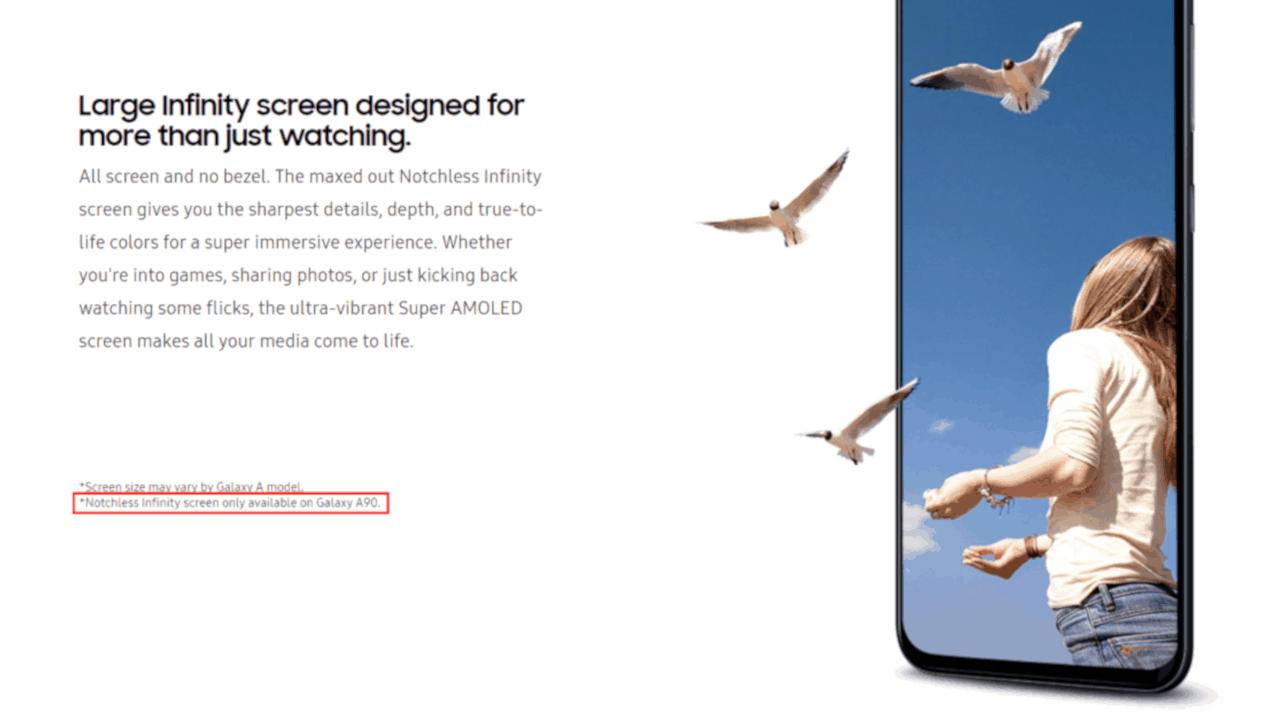 Notably, Samsung has also announced its New Infinity displays along with Infinity-V, U, and O panels, nevertheless, it is more likely to be integrated into the company’s flagship models and could be seen on Galaxy Note 10. Samsung Galaxy A90 is expected to be launched at “A Galaxy Event” on April 10 this year, alongside Galaxy A40 and Galaxy A20e. There have been reports and rumors about the Galaxy A90 featuring a pop-up selfie camera, similar to Vivo Nex. A prominent tipster named Ice Universe has also confirmed the same.

The tipster said in a tweet that Galaxy A90’s “screen is perfect, there is no Notch, no Hole,” suggesting a ‘notch-less Infinity’ display.

Why do I say that the A90 is perfect? The answer is that the Galaxy A90 will be Samsung's first pop-up front camera phone, so its screen is perfect, there is no Notch, no Hole. pic.twitter.com/j01WWtPzh8

The Galaxy A90 was recently spotted on the official US website alongside some Asphalt 9 content that will be available to the buyers. It is rumored to feature a sliding and rotating camera. However, concept renders have shown the device sporting a pop-up selfie camera and new Infinity display without a notch or a hole-punch. It is also tipped to feature an in-display fingerprint sensor. The Galaxy A90 will reportedly be powered by Qualcomm Snapdragon 710 SoC, while on the software front, the device will feature One UI based on Android 9.0 Pie.

More leaks around Samsung Galaxy A90 suggest that the device will have 6 or 8 GB of RAM and 128GB of onboard storage.

According to a Reuters report, Samsung is expected to launch a new A-series smartphone every month. The Galaxy A10, A30, and A50 went to sale in India from March 2. It looks like the company is ready for the next launch on April 10.