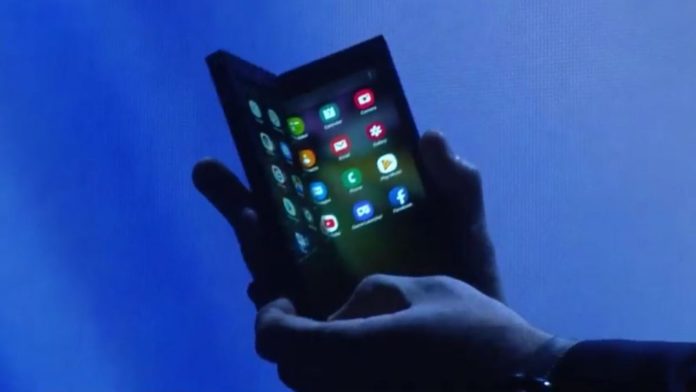 Since Samsung announced its foldable smartphone, the Samsung Galaxy F, there have been a number of speculations and rumors regarding the same. This upcoming phone is being regarded as the game changer in the smartphone industry. The latest rumor comes from ETNews reporting than an industry source in South Korea claims Samsung Galaxy F to have a triple camera setup.

The triple camera setup has been witnessed on the leaks of the Samsung Galaxy S10 as well. According to the report, the camera modules on Galaxy F and Galaxy S10 are going to be similar. The setup is expected to include a wide-angle lens along with typical dual cameras, similar to the ones we have seen on Galaxy A7. Although the sensors on Galaxy F and S10 are going to be higher end given their flagship status.

The cameras are gonna be placed on the rear of the device.

The Galaxy F is set to be released sometimes after the release of Galaxy S10. Galaxy F is said to be coming with the latest version of Bixby; Bixby 3.0. The Galaxy F is rumored to have a 4.6-inch exterior display and a 7.3-inch display when the device is unfolded.

Samsung is going to deliver another unofficial demo for the Galaxy F in February during the MWC. In the meantime, Samsung is ready to launch its highly anticipated Galaxy S10 which is said to have punch-hole on the screen to integrate a camera.

The Samsung Galaxy S10 is said to be coming in few variants, S10, S10+, and S10 Lite. All of these phones are rumored to have cutout hole in the display to accompany the camera. Apart from this, the phones are said to have an “ultra-sonic” in-display fingerprint sensor and Samsung’s latest custom skin; the ONE UI.