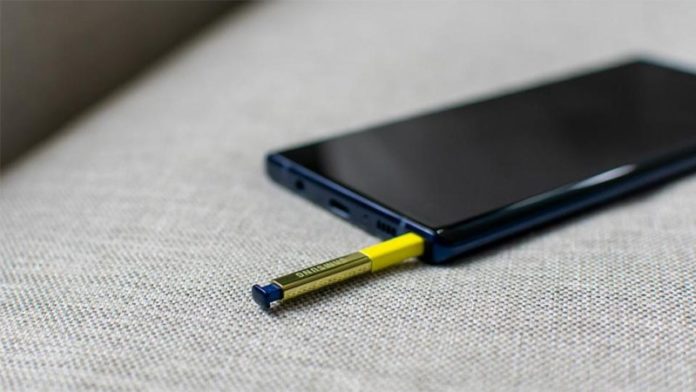 It’s only been a week since the Samsung Galaxy S10-series launched and news has already started to flow in about Samsung’s next smartphone in its Note series. As Reported by SamMobile, the Samsung Galaxy Note 10 will have a quad camera setup. This would make Note 9 the second phone from Samsung to feature four cameras–the first one being Samsung Galaxy 5G S10+.

The 5G version of the Samsung Galaxy S10+ features the largest screen in the S10-lineup with a 6.7-inch, a massive 4500mAh battery, a secondary front-facing Time of Flight (TOF) sensor integrated underneath the Infinity-O display, and a rear-facing TOF sensor that accompanies the telephoto, wide-angle, and ultra wide-angle lenses. If the Galaxy Note 10 happens to have a quad-camera setup, it could likely feature the same specs. However, SamMobile has only reported the number of cameras and not their specification.

SamMobile also stated the model number of the device as SM-N975F. SamMobile reveals its uncertainty in what could be the marketing name of the Note 10 referencing a report the Korean Yonhap News Agency which cites unnamed sources that claim that Samsung is considering changing the names of its flagship line-up.