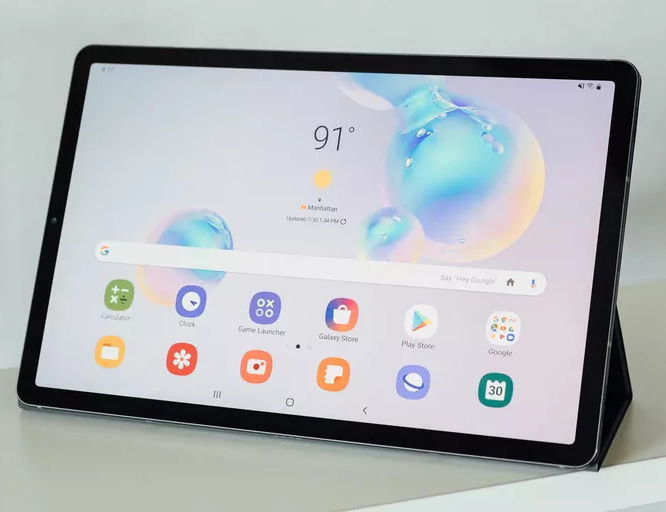 As we all know that Apple’s iPad lineup is the only real deal in the Tablet market right now. Even Google tried hard to compete against the iPad lineup with its ‘Pixel‘ series but recently gave up on it. However, Samsung’s latest announcement of the new Galaxy Tab S6 along with its high-end features and a better look could be a troublemaker for the iPad lineup.

Starting with the basic design, just like its predecessor S4 which hit the market last year, S6 showcases a thin and light design. This makes it really lightweight and easily portable. Other specifications include: Samsung S6 will be made available in a variety of storage capabilities. However, the price for each variant varies accordingly.

Another notable feature is the improved battery. Even though the battery capacity shrinks from 7,300 mAh in S4 to 7,040 mAh in S6, Samsung is pretty sure that the new tablet will last an hour longer which will add up to 15 hours of battery life as compared to the previous version which lasted 14 hours.

Samsung also made some pretty big changes to the S pen which is still included with the device. Similar to Galaxy Note 9, Samsung seems to have equipped the S pen with Bluetooth capabilities, thus, transforming the stylus into a remote control which has the ability to slide PowerPoint presentations forward and can even trigger the camera shutter remotely. We will also find some new gestures provided for scrolling through the media along with other functions and all this while holding the pen. It is very likely for Samsung to have included these features in the new Note 10 which is to be announced next week.

Sadly, the Galaxy Tab S6  will no more have the keyboard cover as a part of the retail box anymore, therefore, it will have to be purchased for $180 (Rs 12,500 approx) separately. However, Samsung did impress us by adding a trackpad thus giving a laptop like feel and also making our tasks simpler.

Well for now we can just wait for the reviews and hope it performs well in the market.