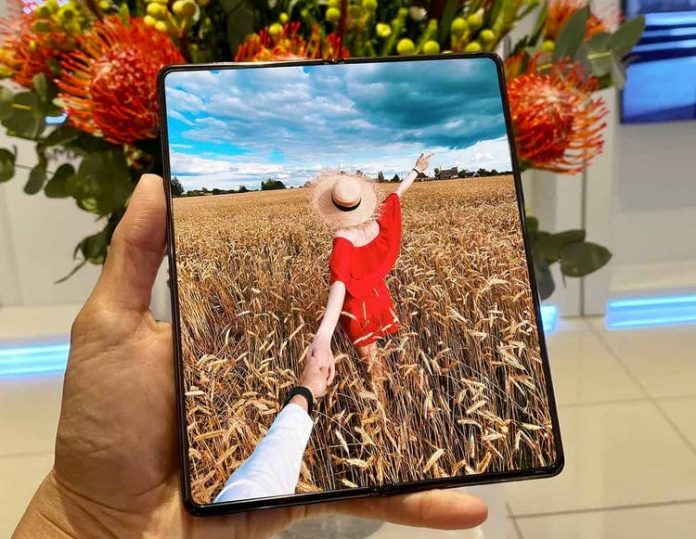 According to the Dutch site Lets Go Digital, Galaxy Z Fold 3 will be launched with three displays. According to the patent submitted by Samsung in March 2019 and published on October 2020, the phone will also come with a full-screen display on the cover. The cover display will have a punch-hole camera placed in the middle of the display. Inside, it would have two displays forming a large tablet-like display when unfolded. The display on the right side will have a punch-hole camera placed at the top in the middle of the display.

The best factor of Galaxy Z Fold 3 would be the hinge. The report states that the smartphone would come with an indicator mounted on the hideway hinge which has multiple light-emitting elements. The light indicator will notify the user about new notifications, incoming calls and messages.

The patent states that the lighting strip of the phone will provide visual and decorative effects which would combine several light colours.

Apart from all this, the report stated that Galaxy Z Fold 3 might arrive in the second half of 2021. Also, Galaxy Z Flip 2 might get launched with Galaxy S21 in February 2021.