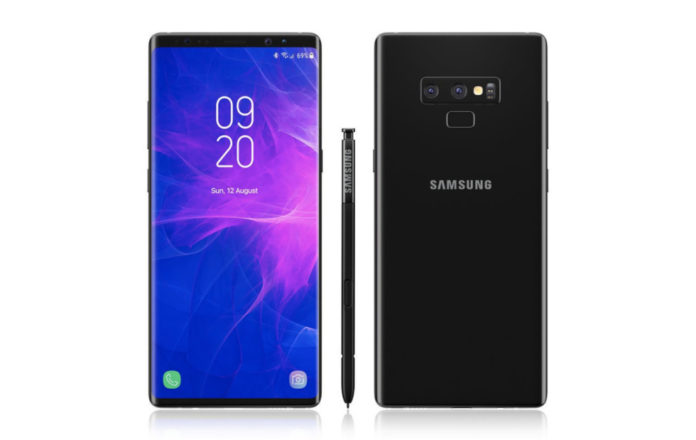 South Korean Smartphone manufacturer, Samsung has launched its latest flagship- the Samsung Galaxy Note 9. The newest member of the Note family was presented for the first time at a gala launch event in Brooklyn, New York. Samsung Note 9 comes with the biggest display screen in the Note Family series at 6.4 inches. The Note 9 starts at ₹67,900 in India.

As mentioned earlier the Samsung Note 9 comes with the largest display in the Note family In 6.40-inches. The display is a Quad HD+ Super AMOLED Infinity Display with an 18.5:9 aspect ratio. Furthermore, it has a resolution of 1440×2960 pixels and an outstanding pixel density of 516ppi.

On the front side, it has a bezel-less display, thus giving an expansive edge-to-edge surface. Samsung has redefined the design for Note 9 with a metal frame that features die-cut edges for a high-end. The faceted style sets it apart from other smartphones. The Galaxy Note 9 is marginally wider, thicker than its predecessor with dimensions of 161.90mm x 76.40mm x 8.80mm. It weighs 201 grams.

On the rear side, the camera blends with the surface and completes an all-around seamless design. The camera is placed horizontally along with the flash. The fingerprint scanner is sandwiched between the camera and the ‘Samsung’ name found on devices. The power button is found on the right side panel and the volume button is found on the left alongside the sim card slot. The 3.5mm headphone jack is found towards the down of the phone alongside the Charging point and S-Pen slot. With its IP68 rating, the Galaxy Note 9 is water, dirt, dust and sand resistant.

The Samsung Galaxy Note 9 is powered by the Snapdragon 845 SoC (2.8GHz + 1.7GHz) in markets like the US, while countries like India will receive the Exynos 9810 (2.7GHz + 1.7GHz) variant. The phone comes in two Variants –  one with 6GB LPDDR4 RAM and 128GB RAM storage, and the other with 8GB LPDDR4 RAM and 512GB storage. The built-in storage can be topped with microSD cards up to 512GB capacity. This means the Storage on its top-end model upon maximum upgrade will reach up to 1TB. Users don’t need to worry about deleting photos or music to free up space ever again. It also packs AKG Harman speakers and runs Android 8.1 Oreo.

The performance on the Samsung Galaxy Note 9 will be brilliant fast due to its Quad-Core Processor and chipsets. The 10nm processor and 6GB RAM deliver high-end gaming, streaming and multi-tasking on the smartphone. It has a 53% faster CPU and a 23% faster GPU than the Galaxy Note 8. The Galaxy Note 9 has a water-carbon cooling system, that diffuses heat for efficient cooling. Along with that, the Smart Performance Adjuster automatically adjusts gaming performance for a smooth gaming experience. The famous game Fortnite will be coming available on the Galaxy Note 9.

The Galaxy Note 9 will have a magnificent dual 12 MP camera dual optical image stabilisation. The wide-angle super speed dual pixel 12-megapixel (f/1.5-f/2.4) autofocus sensor is paired with a telephoto 12-megapixel (f/2.4) autofocus sensor with 2x optical zoom and up to 10x digital zoom. Telephoto and wide-angle lenses together shoot the whole scene without missing out anything. You will be able to catch excellent low light photographs due to the Live Focus feature available. Live focus would recognise your subject and spotlights your subject by blurring out the background. Coming to the Front Camera, users can click decent selfies with an 8-megapixel camera (f/1.7) with autofocus sensor.

The other features of the camera include Scene Optimiser, where the camera recognises a particular scene and optimises colour to produce vibrant photographs. It also has a flaw detection feature, where flaws like the eye blink, motion blur, lens smudge and backlighting issues and notifies to click again. Additionally, features for Video-recording include Super Slow Motion Video Recording at 960 frames per second, AR Emoji and clicking photos through the S-Pen even from up to 30-feet away.

The Galaxy Note 9 is backed by a 4000 mAh battery. It can run for a whole day on a single charge. It has a wireless charging option. However, the wireless charger needs to be bought separately. The smartphone also supports fast charging and will have a type-C cable for charging.

The Samsung Galaxy Note 9 will be a secure smartphone with Samsung Knox already fused into both hardware and software at the manufacturing stage — with multiple layers of defence and security components that protect the Galaxy Note 9 against intrusion, malware, and malicious threats. With its IP68 rating, the Galaxy Note 9 is water, dirt, dust and sand resistant. Finally, the Samsung Galaxy Note 9 will also feature Biometric authentication. Galaxy Note 9 can easily be unlocked using the Intelligent Scan. It is an innovative combination of face recognition and iris scanning using the power of both to recognize you in various lighting or environments. Other options to Unlock the Note 9 include through your fingerprint, a password, or a PIN for added security unique to you.

The Galaxy Note 9, like in the Note Family also features the famous Samsung Pen. However, this version comes with major updates. The S-pen comes in a triangular shape with a nip below to give a real feel of a pen. Notably, the S-Pen acts like a remote to the Note 9. Here is what all you could do with the S-Pen on the Note 9

All this happens through the latest installed feature of Bluetooth in the S-Pen. The Bluetooth functionality requires the S Pen to be charged, which happens automatically when you secure it inside the smartphone. Additionally, just 40 seconds of charge will let it be used for 30 minutes, or for 200 button clicks. 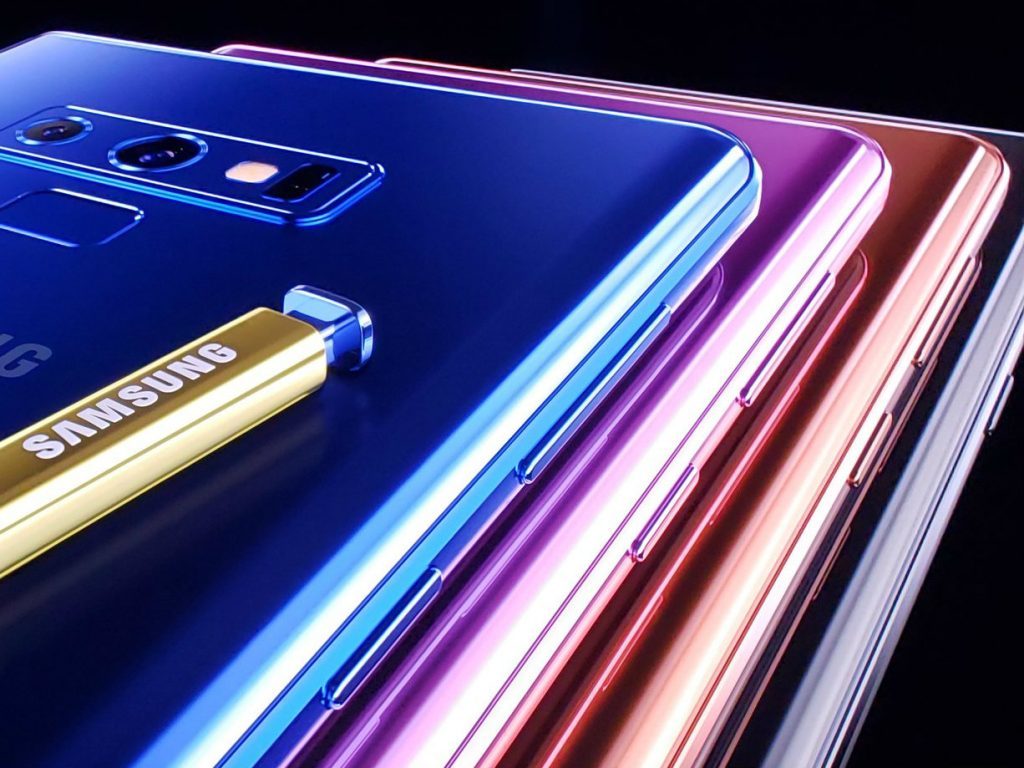 The price of the Note 9 starts at ₹67,900 for the 6GB+128GB variant and ₹84,900 for the 8GB+512GB storage. Both the variants of the device will be available across retail and online stores. The smartphone will also be available on Flipkart for which the pre-orders will begin during its Freedom Day sale, Additionally, you can also pre-order the Note 9 Airtel online store. It will be available in Midnight Black, Metallic Copper, Ocean Blue, Lavender Purple colours.