Smartphone sale in India is expected to witness a growth of 13 percent, a report by research firm techARC reveals. The increase will come as a result of the large number of 4G to 4G smartphone upgrades tipped to take place in 2019. The firm predicts that around 149 million smartphones will be sold in India in 2019, with Luxe or ultra-premium segment contribution increasing to 26 percent compared to last year.

According to techARC, most of the 4G smartphone users in India have been added between 2015 to 2016, which would be around the time Jio made its way to the telco industry. Jio formally made its entrance in September 2016, however, the company had been offering its services before that in testing mode to select users. Faisal Kawoosa, Founder and Chief Analyst, techARC, sharing the insights from the report said, “There is a benchmark for the majority of the 4G smartphone users and they will be looking for a replacement which gives them better experience comparing what they have in hand.”

“Though very subjective and personal to each user, the experience will be measured how efficiently and effectively the 4G Smartphone adapts to the multiple roles that a user would want the device to play.  For instance, a video player, camera and so on,” he added.

According to the research, the entry-level smartphones(priced under ₹5,000), which currently hold 8 percent of the market will see a decline of 3 percent and will decrease to 5 percent market share in 2019. The luxe smartphones (priced above ₹50,000), on the other hand, will see an increase in sales as their market share will reach 9 percent from the current 8 percent.

The budget smartphones (priced between ₹5000-₹10,000) will also decline in their market share from 20 percent to 15 percent.

The mid-range smartphones (priced between ₹10,000-₹25,000) and the premium smartphones (priced between ₹25,000-₹50,000) will also see growth. While the mid-range phones will increase their market share from 46 percent to 51 percent, the premium phones will witness a bump of 20 percent market share from its current 18 percent share.

techARC reports that in 2019 around 80 percent of the smartphone sales would be for $140 (₹10,000 roughly) and above smartphones. This because of the negligible direct feature phone to smartphone switch. The users will continue to migrate towards smartphones in 2019, which will be primarily due to JioPhone, claims the report.

The report also adds that smartphone manufacturers will have to introduce basic smartphones in their portfolio or expand the existing one, but because of Jio’s aggressive and ‘unpredictable’ moves, the brands shall continue to be cautious about this price segment. 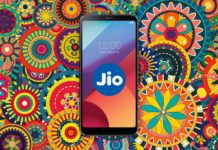 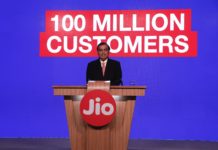 Reliance Jio to switch smartphone production to US manufacturer Flex 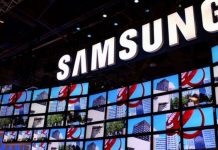