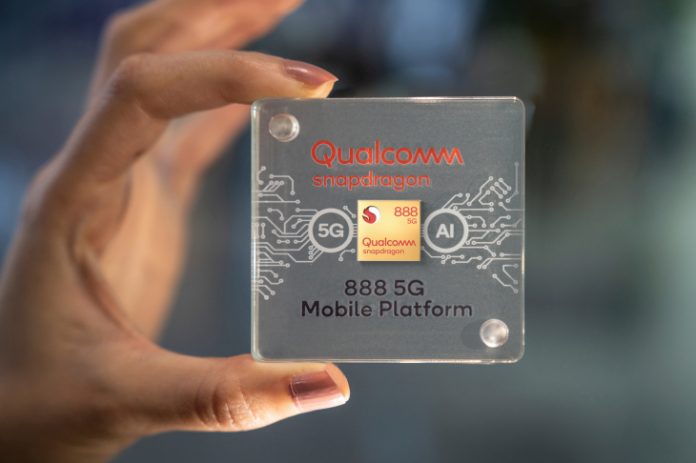 Since the last two years, in the month of December, Qualcomm has revealed its next-generation high-end CPU which ends up powering many flagship smartphones for the first half of that year. 2020 might be different than the previous years and the tech product cycle is not letting up. The company has recently announced that its latest premium mobile chipset is Snapdragon 888 and it will be in Xiaomi’s upcoming Mi 11 flagship. Qualcomm said that other companies like LG, OnePlus, Motorola, ASUS, Lenovo and Oppo have provided support for Snapdragon 888.

Though the predecessor is Snapdragon 865, the latest model number of Qualcomm is a departure from sequential increments and an auspicious name in Chinese culture. The company did not share many details about the technical upgrades of Snapdragon 888, saying that it uses a third-generation X60 5G modem and a sixth-generation AI engine.

Qualcomm also added that Snapdragon 888 has the third generation of its Elite Gaming platform which delivers the most significant upgrade in Qualcomm Adreno GPU performance. It promised that the new chipset will triple down on the future of computational photography and transform smartphones into professional quality cameras. Phones with Snapdragon 888 will be able to capture photos at 2.7 gigapixels per second which will translate to 120 photos that are 12-megapixels sharp per second. That is up to 35% faster than the last Snapdragon processor.

More details regarding the Snapdragon 888 will be revealed at the second day of Qualcomm’s annual Tech Summit event.