Microsoft’s Surface Book 3 has passed the certification by the US government. A surface book is always a powerful device because of its dedicated GPU. It has also got upgraded specs and a keyboard that is detachable.

The first Surface Book was last updated in 2017, after that there were no new releases. Now, this flagship device series gets a much-needed refresh.

The FCC(Federal Communications Commission) filing was submitted last week and today it has become public. The filing was for a ‘Microsoft Corporation Portable Computing Device’. The model number for new filing is 1899. This makes us clear that this filing is not for Surface 2, as it has a different model number.

However, this is not exciting news because we have seen Surface Book 3 in the European retailer’s list. The Surface series has got a lot to release like Surface 3, Surface Go 2, and Surface Earbuds. 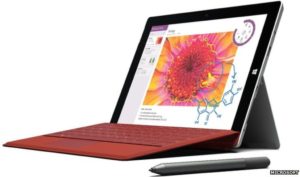 The Surface Go2 and Surface earbuds are also in the filings, which was published earlier this month. Both these devices might be ready and Microsoft could announce them as early as next month.