Xiaomi is very known to back other Chinese companies to let them showcase the new innovation in every possible way. They have already made a few launches of smart wearables in the past.

All these previous launched smartwatches have been very strong competitors to other big companies who launch smart wearables. They introduce features, which either are placed in the market at a really high cost or they tend to be bogus by other cheap companies. But, Huami has been always delivering these with promise, performance & appeal.

The new Amazfit Verge by Huami packs round AMOLED display for all the nerds out there who would desire to know. It is IP68 certified to protect from all the dust, water and pollutants one should be worried about. The watch is also installed with NFC tagging, used in China for Bus services, as well as is installed with their proprietary AI Xiao Voice Assistant. This makes commanding the watch to work very easy and keep their fitness on track.

It states to provide a 5-day run on the battery, with a single charge. The Watch is installed with GPS & GLONASS. This would allow the user to keep them tracked with their fitness activity. The Smartwatch comes with 11 different tracking modes for the fitness freaks.

Amazfit Verge is as of now available only in China and soon will be available in India and other Asian countries. Xiaomi hasn’t yet stated anything about the Overseas launch of this Model of their Smart Wearable. It’s available for purchase through JD.com & via Tmall in 3 color options; Moonlight White, Sky Grey & Twilight Blue. It’s aggressively priced at CNY 799 (Approx. ₹8,400).

It features a heart-rate sensor, with a lot of other sensors including accelerometer, air pressure sensor, ambient light, a geomagnetic sensor, and gyroscope.

When paired with the compatible Android Smartphone, it allows for Voice calling feature which is supported by the inbuilt mic in the Watch.

The watch is integrated with Mijia which allows the user to control Yi lights, air purifiers, wall sockets, air conditioners, electric fan, and rice cooker directly from ones’ wrist. The smartwatch comes with Xiao AI voice assistant that is designed to answer your queries.

Similar to other smartwatches, the Amazfit Verge supports a variety of watch faces. There is also WeChat integration to let you send messages to your friends or receive their messages – without using one’s smartphone.

The 11 motion modes, including indoor running, trail running, walking, elliptical machine, mountaineering, tennis, ski, and football. These help you track your activities. Similarly, there is GPS/ GLONASS support to add accuracy to your activity tracking.

The Huami Amazfit Verge also has Alipay support to let you make payments while on-the-go (As of now supported only in China). In terms of connectivity, the smartwatch has Bluetooth v4.0 (LE), Wi-Fi 802.11 b/g, and NFC.

There is a built-in 390mAh battery that is stated to deliver five days of power on a single charge. Furthermore, the smartwatch is compatible with devices running Android 4.4 or iOS 9.0 and later. 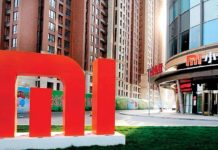 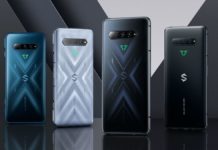 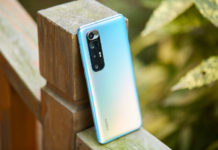