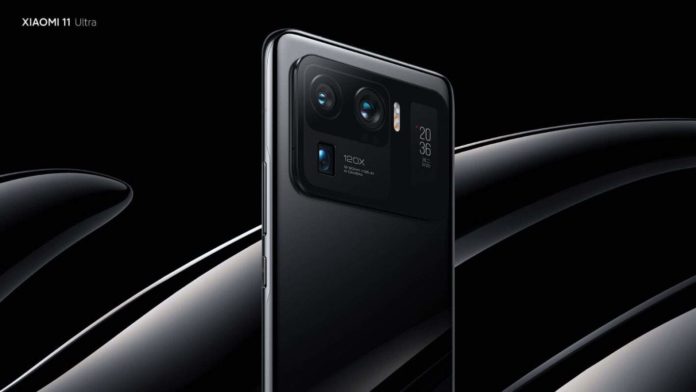 Xiaomi has launched its flagship series of the year Mi 11 series- Mi 11 Lite, Mi 11 Pro, and Mi 11 Ultra, in China. These smartphones are an addition to the Mi 11 lineup. Mi 11, the first one in the series, was launched in China last year. Mi 11 Pro and Ultra models feature Snapdragon 888 SoC, while the Lite variant is powered by Snapdragon 780G chipset.

Mi 11 Lite is powered by the recently announced Qualcomm Snapdragon 780G 5G chipset with Adreno 642 chipset, paired with up to 8GB RAM and 256GB of UFS 2.2 internal storage. The storage can be expanded via a microSD card up to 512GB. Mi 11 Lite is the first smartphone to feature Snapdragon 780G chipset. The smartphone runs on Android 10 with custom MIUI 12 on top.

The device sports a 6.55-inch Full HD+ AMOLED display with 1,080 x 2,400 pixels resolution and a 90Hz refresh rate. The display supports HDR10+ and Dolby Vision and is protected by Corning Gorilla Glass 6.

As for the camera, the phone features a triple-camera setup at the rear with a 64MP primary sensor, an 8MP sensor with ultra-wide-angle lens, and a 5MP sensor for macro shots. Upfront, a 20MP sensor is placed under the punch-hole.

The smartphone carries a 4,250mAh battery with 33W fast-charging support. It has a side-mounted fingerprint scanner. Connectivity options like 5G, Wi-Fi 6, Bluetooth v5.2, NFC, and a USB Type-C port. Surprisingly, the phone weighs only 159 grams.

Considering the price range, it will compete with Realme X7 Pro 5G, which is powered by MediaTek Dimensity 1000+, features 64MP quad-cameras at the rear, 120Hz AMOLED display, and 4,500mAh battery, launched 2 months ago.

The Mi 11 Pro draws power from Qualcomm Snapdragon 888 chipset with Adreno 660 GPU, paired with up to 12GB LPDDR5 RAM and 256GB of UFS 3.1 internal storage. The smartphone runs on Android 11 out-of-the-box with custom MIUI 12 on top.

As for the cameras, Mi 11 Pro sports a triple-camera setup at the rear with a 50MP Samsung GN2 primary sensor with f/1.95 lens and OIS(Optical Image Stabilization) support, a 13MP sensor with ultra-wide-angle lens and 123-degree field-of-view, and an 8MP tele-macro camera with OIS support, 50x digital zoom, and 5x optical zoom. The phone has a 20MP front camera.

The smartphone carries a 5,000mAh battery with 67W fast-charging support. The device supports both wired and wireless charging. The smartphone ships with IP68 certification for dust and water resistance, along with Harmon Kardon dual stereo speakers. The device offers the same connectivity options as Mi 11 Lite.

Considering the pricing, the smartphone will compete with the OnePlus 9 Pro, which is powered by Snapdragon 888 5G chipset, 48MP Hasselblad-collaborated quad-camera setup, adaptive 120Hz QHD+ AMOLED panel, and a 4,500mAh battery, starting from Rs 64,999.

The top-of-the-line Mi 11 Ultra features the same display as the Mi 11 Pro along with the same Snapdragon 888 SoC, paired with up to 12GB RAM and 512GB internal storage. The Mi 11 Ultra features a secondary 1.1-inch AMOLED display at the rear with the always-on feature. The secondary display can be used to take selfies using the rear camera, shows notifications, and weather alerts.

The top-end Mi 11 Ultra features an advanced camera system. At the rear, it features a triple-camera system with a 50MP Samsung ISOCELL GN2 sensor with f/1.95 aperture and OIS support, a 48MP Sony IMX586 ultra-wide angle lens with 128-degree field-of-view, and another 48MP tele-macro sensor with 5x optical and 120x digital zoom. Upfront, a 20MP sensor is placed under the punch-hole.

The smartphone carries a 5,000mAh battery with 67W wired and wireless fast-charging. The battery used is a silicon-oxygen anode instead of a lithium-ion battery to make the device thinner and the new battery tech supports super-fast charging. The device also supports 10W reverse charging. The device ships with Harmon Kardon stereo speakers and an in-display fingerprint scanner. Connectivity options offered in the device are the same as Mi 11 Pro.

Xiaomi has revealed these smartphones will be released soon in India and globally.