Xiaomi is expected to unveil the Mi 11 series- Mi 11 Pro, Mi 11 Ultra, and Mi 11 Lite, on March 29. However, before the launch, the specifications of Mi 11 Lite has been leaked. Mi 11 Lite is an anticipated device as it is expected to offer solid specs at an affordable price point.

Reports suggest that Mi 11 Lite has already been listed on an Italian website for sale and the website owner had also uploaded an unboxing video of the same on YouTube, which has been brought down after the report, revealing the key specifications of the device.

A tipster, who goes by the name Sudhanshu, shared the specifications of the upcoming Mi 11 Lite on his Twitter account. These specifications are in line with the early unboxing video.

The upcoming Mi 11 Lite 4G could be powered by Qualcomm Snapdragon 732G chipset, paired with up to 8GB RAM and 128GB internal storage, which can be expanded via a microSD card. The device runs on Android 11 out-of-the-box with Xiaomi custom MIUI 12 on top.

The smartphone is expected to feature a 6.55-inch Full HD+ AMOLED display with a resolution of 1,080 x 2,400 pixels and a 90Hz refresh rate. The display also carries the in-display fingerprint scanner and a punch-hole cutout at the top-left corner for the front camera.

On the camera front, it is expected to offer a triple-camera setup at the rear with a 64MP primary camera, an 8MP ultra-wide-angle lens, and a 5MP telemacro lens. Upfront, a 20MP camera is placed under the punch-hole.

There are rumors that Xiaomi could also unveil a 5G enabled variant of the Mi 11 Lite, which is supposed to be powered by a Snapdragon 765G processor.

However, these are leaks and should be taken with a pinch of salt. We have to wait for the official “Mega Launch Event” by Xiaomi for further details. 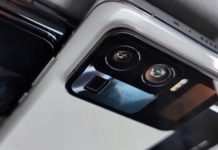 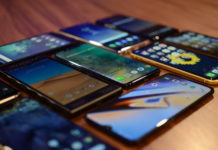