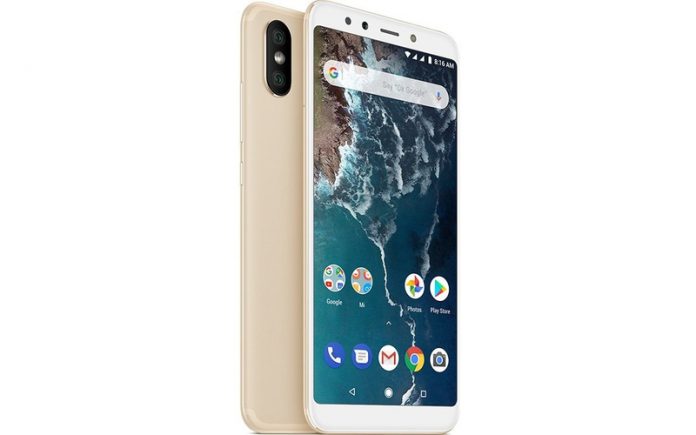 Xiaomi has launched its new smartphone- the Redmi A2 in India, today. The A2 is the successor of Redmi A1 and is sold as an Amazon exclusive product. The Xiaomi Redmi A2 is the second Xiaomi Smartphone after Redmi A1, to be part of the Android One Initiative in India. Here is what you need to know about the smartphone.

Xiaomi Redmi A2 Specifications and features

The Redmi A2 sports 5.99-inch IPS LCD 18:9 display with a resolution of 1080×2160 pixels translating to a pixel density of 403ppi. The Gorilla Glass 5 featuring a 2.5D curved glass will protect the screen. It also has curved rounded corners giving it a premium look. It has a great display screen for a budget smartphone.

The handset has a sleek profile and has the all-metal unibody with a brushed aluminium surface. The handset comes with a foam factor giving decent grip while holding the phone. The A2 designers have kept the design as much as close as possible to the design of A1. The major change comes in the behind side of the phone. the camera is placed vertically rather than the horizontal alignment of the A1. A dual LED flash is sandwiched between the two cameras, similar to the iPhone X design. The only flaw of the design is that the Camera pops out, hence creating a bump when kept on flat surfaces.

The octa-core Qualcomm Snapdragon 660 SoC, pairs up with an Adreno 512 GPU to power the phone. It has 4GB of RAM and 64GB of internal storage as standard. The SD660 SoC is Qualcomm’s most powerful offering in the mid-range segment and helps the smartphone deliver a smooth, lag-free user experience and manages to multitask as well. The smartphone is also able to handle graphic-intensive games such as Asphalt 9, PUBG etc. The speaker does produce some loud and good audio. Furthermore, the smartphone runs on stock Android 8.1.0 out-of-the-box. The phone is certainly in line to receive Android Pie as soon as the update rolls out. Unfortunately, the Smartphone would not have an option to expand its memory as it does not feature a microSD slot.

The most noteworthy feature of the Mi A2 is its camera. On the rear end, it consists of a 12 MP Sony IMX486 with f/1.75 aperture and 1.25-micron pixels, and a 20 MP secondary Sony IMX376 sensor with f/1.75 aperture and a 2-micron 4-in-1 Super Pixel size. Furthermore, it boasts of a superior front camera of 20 MP Sony IMX376 selfie camera with f/1.75 aperture, fixed focal length, and a soft-LED flash. The camera uses AI technology for improved photography. It uses AI scene recognition, AI portrait mode, AI background Bokeh and finally the AI Smart beauty 4.0. The camera catches great daylight photos and decent lowlight photographs. With the Optical Stabilisation (OIS) could have performed better in low light conditions.

In connectivity options, it includes 4G LTE, Bluetooth v5.0, dual-band Wi-Fi 802.11ac, Miracast, an IR emitter, and USB Type-C. There is no 3.5mm headphone jack on the Xiaomi Mi A2. However, the manufacturers provide a Type-C to 3.5mm dongle in the box. Sensors on the handset include the accelerometer, ambient light sensor, gyroscope, and proximity sensor. There is a 3,010mAh battery which supports Quick Charge 4 for fast-charging and the battery can deliver over a day’s runtime with moderate usage.

Xiaomi Mi A2 price in India

The Xiaomi Redmi A2 is launched in four different colours- Gold, Lake Blue, Rose Gold and Black at a starting price of ₹16,999. Pre-orders begin tomorrow, while the phone will go on to sale on August 16 on Amazon India. Besides Amazon India, buyers will also be able to purchase this Android One smartphone from Mi.com. Xiaomi also stated that the 6GB+128GB variant of the Mi A2 will be coming to India very soon. The Xiaomi Mi A2 will face competition from Honor Play, Nokia X6 (Nokia 6.1 Plus), Lenovo Z5 and Samsung Galaxy J8.

Microsoft launches Surface and Surface Book 2 in India
Jio Phone 2 goes on sale for ₹2,999 from August 15; Here’s how to book
Comment