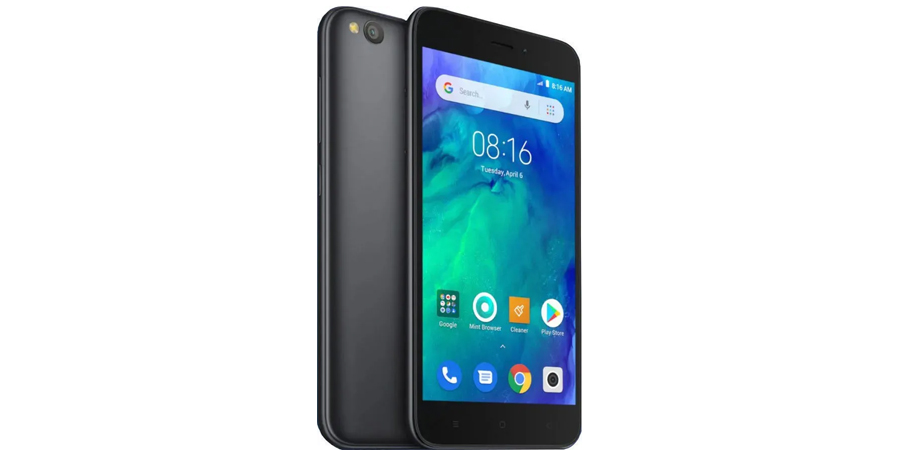 Xiaomi Redmi Go, the company’s first Android Go edition smartphone, will launch in India on March 19. The company has sent out media invites for an event in New Delhi, which will start at 11:30 a.m. The word Go is highlighted in the invite followed by a hashtag #MiForYou, confirming the launch of Redmi Go in India.

Xiaomi Redmi Go is an entry-level smartphone from the company that runs Google Android Go edition, that has been developed to work smoothly with devices featuring 1GB or less RAM. It comes with Android 8.1 Oreo (Go edition) and customized apps like  Gmail Go, Assistant Go, Maps Go, etc pre-installed.

Xiaomi Redmi Go was previously launched in the European market for a starting price of 80 Euros, which is around ₹6,500 on conversion. In the Philippines, it was launched at a price of PHP 3,990 (₹5,426 approximately). In India, the phone is expected to launch at a price ranging from ₹5,000 to ₹6,000, nevertheless, the official price will be revealed at the launch event.

The primary specifications of the Redmi Go smartphone include a 5-inch HD display, Qualcomm Snapdragon 425 SoC, an 8-megapixel rear camera with LED flash, dedicated microSD card slot and 3000mAh battery. The phone runs on Android Oreo (Go edition) making it one of the most balanced entry-level smartphones launched.

On the design front, the phone has visible bezels at the top and bottom of the device with the chin accommodating capacitive buttons. The power and volume buttons are on the right side of the device and the back panel houses a single camera. There is no sign of a fingerprint scanner, however.

In terms of optics, the phone has an 8-megapixel rear camera coupled with an LED flash and a 5-megapixel camera on the front. Other features of the Xiaomi Redmi Go includes 4G VoLTE, Bluetooth 4.1, WiFi 802.11 b/g/n, GPS, 3.5 mm audio jack, micro USB 2.0 support and a 3000mAh battery.