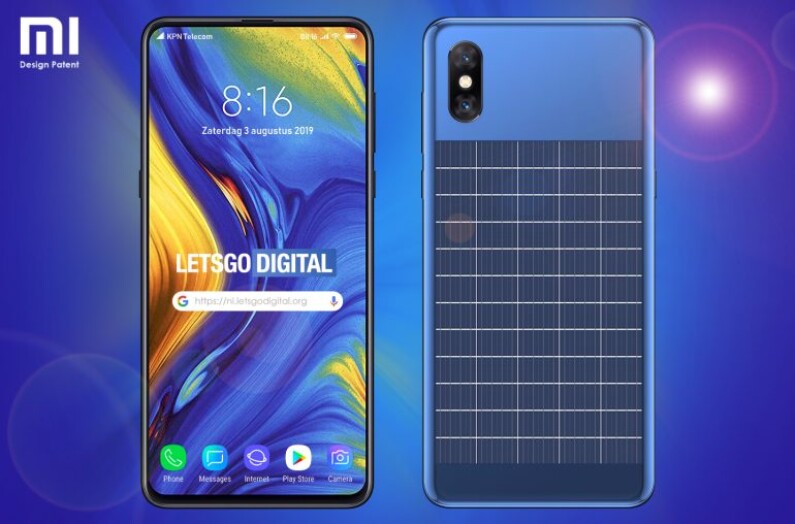 According to a patent application accessed by LetsGoDigital, Xiaomi is planning to integrate solar panel at the back of its smartphones. The highlight of the device is that despite of the integration of a solar panel does not make the device too heavy. It takes more than 75 percent of the back of the smartphone.

The design patent was first filed on July 27, 2018. It was filed with the WIPO (World Intellectual Property Office) explaining a smartphone with a solar cell module. The sketches of the device enclosed with the patent do not confirm whether the selfie camera is placed.

The solar panel affixed at the rear appears to be marginally raised, but the bump is not too significant. In fact, the dual rear camera module illustrated in the patent, which also includes a flash at the centre, has a larger bump than the solar panel.

Solar panels have not been a rarity in the mobile accessories space — multiple accessories have been launched over time, including solar panel-equipped charging cases. However, integrating the same in the smartphone chassis itself makes the entire package more ergonomic.