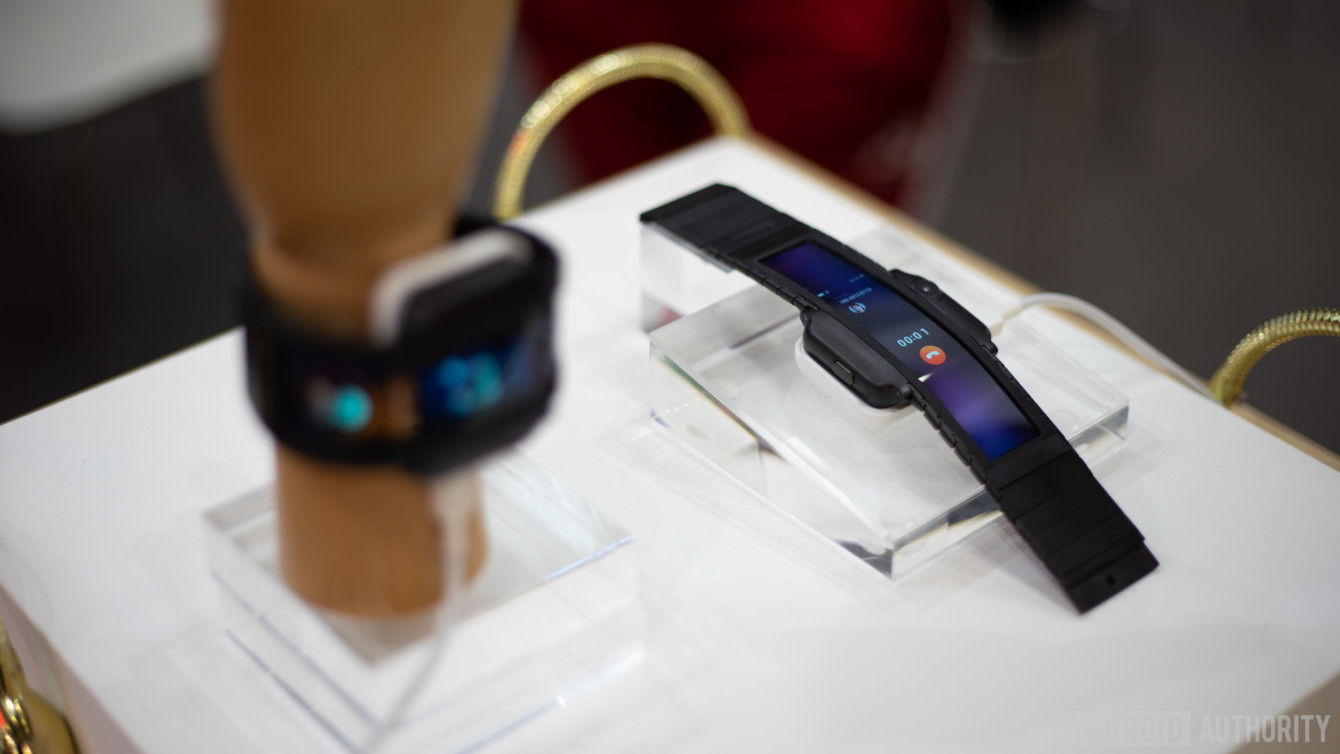 Chinese smartphone manufacturer Nubia has confirmed its presence at the Mobile World Congress 2019 at Barcelona by teasing the launch of its flexible smartphone, dubbed as Nubia-α. The device was first showcased at IFA 2018 in Berlin last year. However, at IFA, the company had only showcased a dummy prototype of the phone that did not work. And now, it seems that the company is gearing up to launch the full-fledged version of the device at the MWC.

One of the highlights of the Nubia-α is that it can be worn on around the wrist. The device features a large curved OLED display which uses Flex, which is Nubia’s proprietary flexible display technology. The device also comes with a camera at the front accompanied by a microphone and buttons on both sides.

The back of the device has charging pins and a heart rate sensor. The wearable smartphone comes in Black and Gold color options and has a metal strap to wrap around the wrist. The company has not yet revealed the price, availability, and specifications of the device, nevertheless, it is expected to be announced at MWC 2019.

Notably, this is not the first time Nubia is venturing into the foldable smartphone segment. The company had earlier showcased the ZTE Axon M at MWC 2018 last year which came with two display attached together by a hinge in between.

Recently, Nubia also launched its first dual-display smartphone, dubbed as Nubia X. The device packs dual displays-a 6.26-inch FHD+ 19:9 aspect ratio display on the front with barely any bezels and a secondary 5.1-inch HD+ AMOLED screen at the back.

In terms of specifications, the device is powered by Qualcomm Snapdragon 845 SoC with up to 8GB of RAM and 256GB of onboard storage. Nubia is also implementing a multi-layer graphene cooling system, and including an 18W fast charging and a 3,800mAh battery on the Nubia X.

I Love Xiaomi Days: All the Offers on Smartphones and Consumer Electronics
Samsung Confirms launch of its Foldable Smartphone for February 20
Comment