Bhilai police arrested 3 accused persons from a hotel in Khursipar locality in Bhilai city for alleged involvement in a betting racket related to IPL 2020.

Durg Superintendent of Police Prashant Thakur stated that the arrested accused were identified as Rakesh Agrawal, Pranshu Gupta and Devendra Pratap Kurre, all residents of Chirmiri town of Korea district, as reported by the Pioneer.

While in Delhi, police apprehended 5 people for betting on IPL 2020 matches.

Police recovered one laptop, nine mobile phones, and Rs 21,200 in cash from the possession of the accused persons. 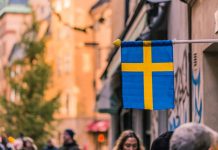