In view of Durga Puja last night the Odisha police in Ganjam district conducted a special drive and raided 14 locations throughout the district.

As many as 68 gamblers were arrested by Odisha police in the said drive.

Brijesh Kumar Rai, Ganjam SP informed that, “The gambling dens were busted in a special drive in the last 24 hours across the district. Rs 1.53 Lakh cash, 4 mobile phones and 4 motorcycles were seized during the special drive”, reported Update Odisha.

Canacona police informed that, “They were caught red-handed while playing games of chance and three card flash games in an open space at Sheller. Rs 8,200 in cash and a pack of playing cards were seized from them”, reported Herald Goa.

The accused were arrested under section 11(2) of Public Gambling Act, 1867 but were released on bail.

Police continues to make further investigation in this aspect. 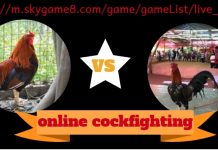