7 accused were arrested by Gurugram police from Sector 40 for betting on IPL 2020 matches.

Police recovered Rs 10,000, five mobile phones, one laptop, one LED tv and one set-top box were from their possession, who were caught betting in a match between Rajasthan Royals and Sunrisers Hyderabad.

Subhash Boken, spokesperson of the Gurugram Police stated that, “Based on a specific input, the police raided the spot and nabbed the persons when they were placing bets on an IPL match. The police have registered a case under the Prevention of Gambling Act at the Sector 40 police. Further investigation is on.” 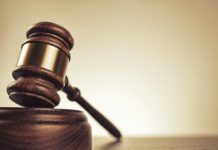 Alabama Gaming and Lottery Bill stalled in the House of Representatives