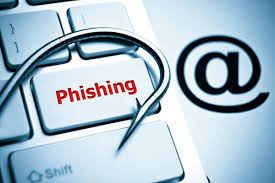 This is the time where India and China are seeing eye to eye over border disputes. There have been numerous reports in the media about infiltration of Chinese soldiers in the Indian territory. Government of India has, however, denied any such claims and continues to assert its sovereignty over the disputed land. This has lead to a stand-off between the two neighboring countries, which otherwise also, were not in much friendlier terms.

In the midst of this, the Government of India decided to ban 59 Chinese Applications in India including Tik Tok, WeChat, Helo etc. The Central Government imposed this ban over ‘sovereignty and security’ concerns. The intelligence agencies in India had also been concerned about the phishing of data of Indian customers via the Chinese apps. According to various reports, the agencies opined that the Chinese apps are duping the customers and taking away their personal information.

This concern over data mining was also expressed for gambling apps. The intelligence agencies alleged that not only the Chinese gambling apps make huge amount of money from Indian customers but also dupe them by showing manipulative results. According to a report in Times of India, owing to these border clashes, the gambling organizations in China started luring more Indian customers for duping and data breaches.

The gambling racket also received cooperation from Indian employees by paying them hefty sums to not let out this in the open. The racket targets Indian customers through these Indian employees who refer the gaming links to Indian customers. When the users click on the link, these Chinese apps make data breaches and steal personal information. It cannot be ruled out that similar to Cambridge Analytica, this user data and information is being used for targeted political campaigns and political gains.

While several investigative agencies in India including Intelligence Bureau, Income Tax Department and Enforcement Directorate are already pursuing theft, fraud and data mining of crores of rupees, the Central Crime Station (CCS) has filed a petition to seek custody of a Chinese national, Yah Hao. Hao is one of the Heads of a Chinese company known as Beijing T Company who is embroiled in this dispute . The CCS also sought custody of three Indian directors for the same cause.

CCS and Hyderabad Police have so far registered three cases of such fraud and duping by Chinese gambling apps. The victims have complained of losing money when gambling on website belonging to Chinese companies.