Last month Hyderabad Police had busted Chinese gambling and money laundering racket in India where it had arrested 3 persons including a Chinese national, Yan Hao.

Hao is the representative of Beijing T Company which under the garb of e-commerce had been luring Indians to invest money in online Chinese gambling Apps.

This was done with the help of group of Indians who would send the links in the group. The link was under the garb of e-commerce which redirected people to gambling websites.

A huge amount of money was transferred to bank accounts in China.

While Central Crime Station, Hyderabad and Enforcement Directorate continue the probe into the matter, they have revealed that more Chinese gambling rackets could be active in India and are still luring Indian people.

The officials stated that earlier these companies used to do it through e-commerce, but now they do it directly through the links shared on social media groups.

Police are still trying to identify which Chinese bank accounts and what people behind it are managing the entire racket.

The officials associated with the investigation told Times of India, “But now, these companies have removed their masks of being e-commerce and are indulging in gambling brazenly. The moment one clicks the reference link; they are redirected to play an online gambling game of their choice”.

Police is investigating and trying to gather evidence for the charges of identity theft, cheating, money laundering, manipulating etc. 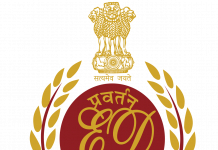