Haryana Chief Minister’s flying arrested 6 people for gambling near a shop in Ambala.

The arrestees were identifies as Vinod Kumar of Ambala Cantt, Ballu of Ambala, Toni and Santosh of Mathura, Gopal Singh of Saharanpur and Sant Prakash of New Delhi, reported Hindustan Times (October 13, 2020).

While registering a case for criminal conspiracy under section 120-B of India Penal Code and under section 13 of Public Gambling Act, Sub-inspector Surender Singh of the CM squad said, “On the basis of secret information, we raided a shop near a hotel behind the bus stand in Lal Kurti area. We found six men sitting around a table with cards, and on searching their pockets, we found Rupees 7,040 in cash”, reported HT.

In another event, 5 people were arrested from a house at Narsingapur village in Jaipur for gambling. The police seized 3 mobile phones, two motorcycles and Rs 3,250 in cash from the possession of the alleged accused persons. 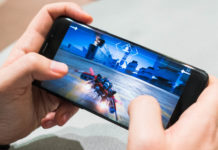