Ashish Gupta, Yogesh, and Himanshu Rawat were arrested by Delhi police in Kotla Mubarakpur area of South Delhi for betting on IPL 2020 matches.

Atul Thakur, DCP, South Delhi stated that, “At nearly 10.33 p.m. a raid at a house in Saini Basti was conducted after complying with all the legal aspects. As many as five mobile phones, three registers with entries amounting to Rs 60,000 and Rs 26,000, previous entries worth more than Rs 3,50,000 and a pen were seized. IPL teams for betting included Mumbai Indians and Royal Challengers Bangalore”, reported Times Now News.

In Telangana, Bhagwan Singh (41) of Arya Samaj was arrested in Mangalhat.

The police seized Rs13,500, a television and mobile phones from the possession of the accused person. 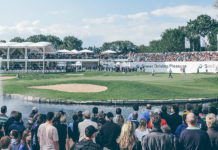