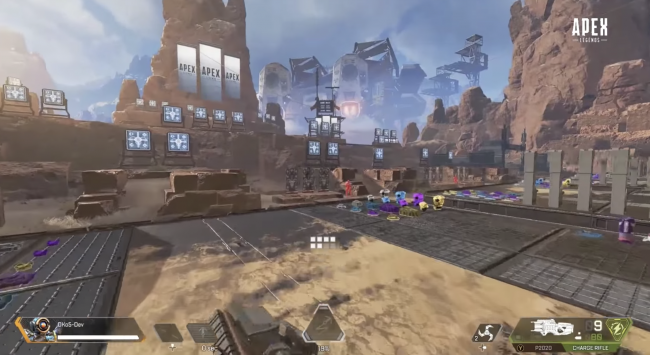 After all the hype around Apex Legends Season 3, it has finally arrived. The last couple of weeks have all been about the highly anticipated hacker Crypto and a new planet. And finally, its time for Crypto to rule the new World’s Edge as both Crypto and the new map are live now. With the new Season 3, also arrives a new Battle Pass. As the new season arrives, rumors and leaks have started to surface once again. Just as the season 3 began, a new leak hinting at the Apex Legends Halloween game mode has been on the internet. We have also heard about a new character leak which hints at Revenant. And now, Respawn is working on the heavily-requested update to the Training mode.

Respawn introduced a new streaming series Apex Devstream on YouTube a while back. The new series aims towards keeping the community aware of what’s developments are going on in the game. It was during the Apex Devstream that the company announced that a new redesigned Firing Range is under work.

“By popular request, we will be updating training ground, which I believe will be called Firing Range, that you will be able to go into.” the company said. “We have laid out all that sweet, sweet loot, we have dummies there with shields and stuff you can shoot. You can use your abilities, you will be able to switch your character.”

Respawn Entertainment plans to update the Training mode in battle royale game Apex Legends in the coming weeks allowing players to test out different characters and weapons outside of gameplay.

Season 3 has just begun and it has already seen enough exciting rumours including the new character Revenant. As the season progresses further, it will be worth seeing what Epic Games has in store for us.