Apex Legends Solo Mode has finally ended after being included in the Iron Crown Event for two weeks. The new mode received a mixed response from the audience as many players were found teaming up and ruining the mode. As the players wait for the next big thing to arrive soon, leaks from Gamestop Conference 2019 in Nashville, Tennessee, revealed that a new character Crypto, a new weapon for Season 3 and a new skin for Gibraltar could be the next big thing coming to the game as a part of the Halloween event. Earlier this month, Tina Sanchez, a producer at Respawn Entertainment even shared motion pictures of the new upcoming character. And now, it seems that we are very close to getting ‘Crypto’ as our next Apex Legend. 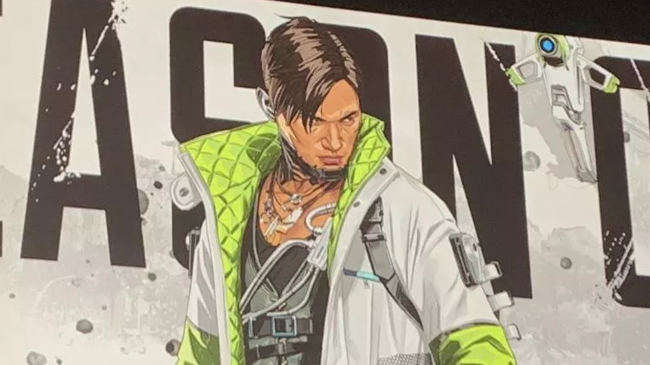 There have been too many talks in recent times about who the next character is going to be. Just a few days ago, we even heard about ‘Jericho’ who was anticipated to be the next Legend. But now it is almost confirmed that its time for Crypto to reign.

The leak showcases an updated splash art for Crypto who is supposedly a mysterious hacker, a new weapon, and a Halloween skin for Gibraltar.

The games’ data mining community further reveals that Crypto will be placed in the same class as Bloodhound, due to his tactical skills. Crypto will be equipped with Aerial Drones which will act as his tactical abilities. The drone works like a surveillance camera that lasts for around 40 seconds. This will allow players to hack doors, loot bins and pick up banners as far as 200 meters away. Crypto’s passive skill will offer his surveillance drone to detect items in a 30-meter range, allowing your teammates to detect any harm nearby. He also carries an EMP which has the ability to damage player shields, slow them down and disable traps. However, these are just speculations and we can only know how true they are once Respawn Entertainment finally introduces the Legendinthe game.