The Indian Wire » Gaming » Apple’s Texas Hold’em is back on iOS with new visuals, features 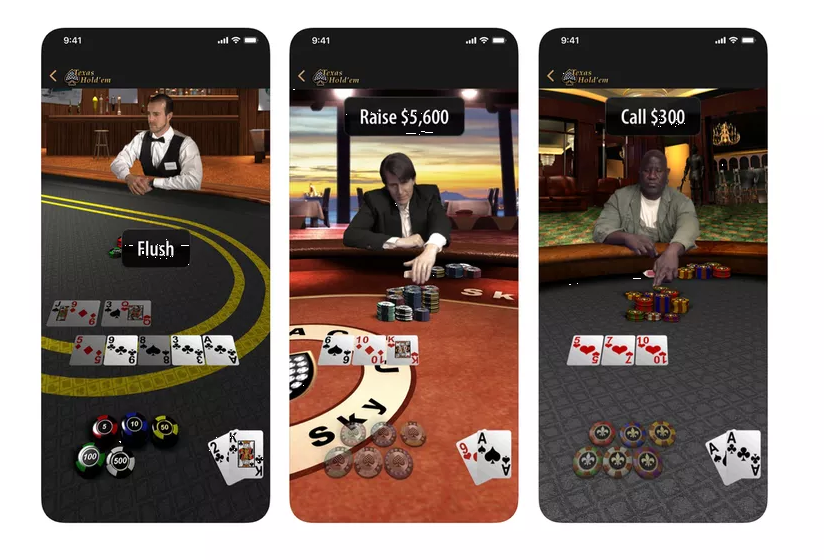 Apple’s Texas Hold’em game which was released over 11 years ago for the iPhone as the first game ever sold on the App Store, today is seemingly out of nowhere, Apple has updated the game with a refreshed version that actually works on today’s iPhones, as spotted by9to5Mac.

Texas Hold’em is back under the same app listing, which says Texas Hold’em has returned to “celebrate the 10 year anniversary of the App Store” instead of the 11th anniversary, for some reason. In any case, the decade-long gap between version histories in the patch notes just has to be a record.

Apple’s Texas Hold’em is back! To celebrate the 10 year anniversary of the App Store, we’ve brought back one of its first games, a popular classic. Originally created for iPod, then brought to iPhone, fans will love the polished redesign, featuring new characters, more challenging gameplay, and stunning graphics for the newest iPhone and iPod touch. 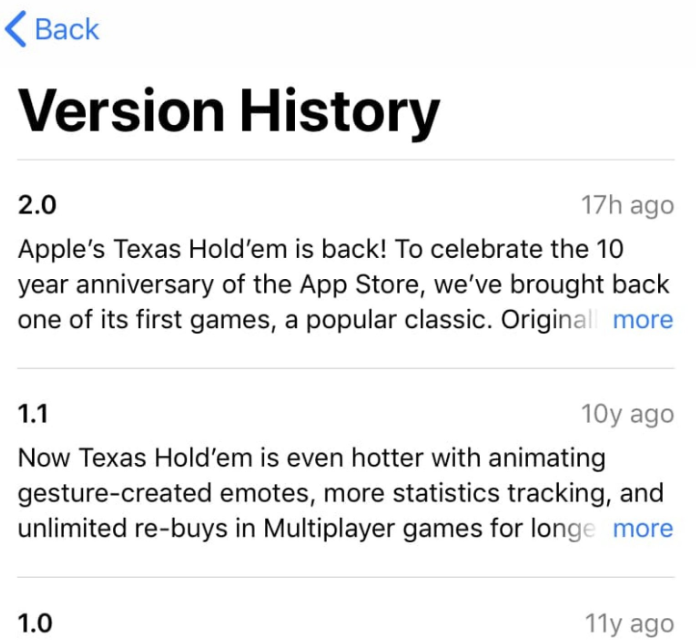 Texas Hold’Em is more or less a variation of poker. In this game, players bet and bluff as they attempt to advance through 10 distinctive locations, including Las Vegas, Paris, and Macau. The new version is entirely free-to-play with multiplayer support for up to eight players via Wi-Fi or offline playback against 24 computerized opponents.

The new update adds more modern graphics and a 64-bit architecture. It’ll require about 1.5 GB of space on your iPod Touch, iPhone, or iPad. The new version requires a device running iOS 12 or later and is optimized for the latest iPhone and iPod touch models.