Devil May Cry 3: Dante’s Awakening was released in 2005. The game was developed and published by Capcom. Initially, the game was launched for PlayStation but next year Capcom released the game for PCs. The game is a prequel to Devil May Cry, It is set a decade before the first game.

Capcom has announced that they are releasing the game for Nintendo Switch. The Nintendo Switch version is “Special Edition” and is set to release on February 20th, 2020.  According to Capcom’s official press release, the game will offer “the addition of Vergil as a playable character and the 9,999 floors of the ‘Bloody Palace’ survival mode.” The bloody palace survival mode is a single-player elimination tournament where players fight against a variety of bosses. With each win, players are offered 3 portals. Some of the portals can jump you forward 100 floors. The Game will be available at the price of $19.99 / £15.99.

Capcom has already launched the Devil May cry series game on the Nintendo switch. The first game was ported to the Switch on the 24th of June, with Devil May Cry 2 releasing on the 19th of September. The remaining games yet to be announced for the console are Devil May Cry 4, DMC: Devil May Cry, and Devil May Cry V. 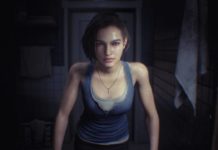 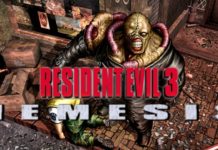 Resident Evil 3: Remake- Release date is announced along with the PlayStation Trailer