The yearly Halloween season is here. Epic Games Store (EGS) goes first with their Halloween offerings at really cut-throat prices. They’ve slashed down prices of most games to their half. Old games like Vampyr as well as new releases such as RDR2 are going for really competitive prices.

Control which came out last year has its new Ultimate Edition going on sale for $28.34. With the $10 coupon that you might have from having redeemed Rocket League, that can be as low as $18.34. During the Epic Games Store sale, massive hits like Red Dead Redemption 2 and Borderlands 3 are also on sale for $30.14 and $19.99 respectively. Again, those prices can be as low as $20.14 and $9.99 for RDR2 and BL3 respectively. 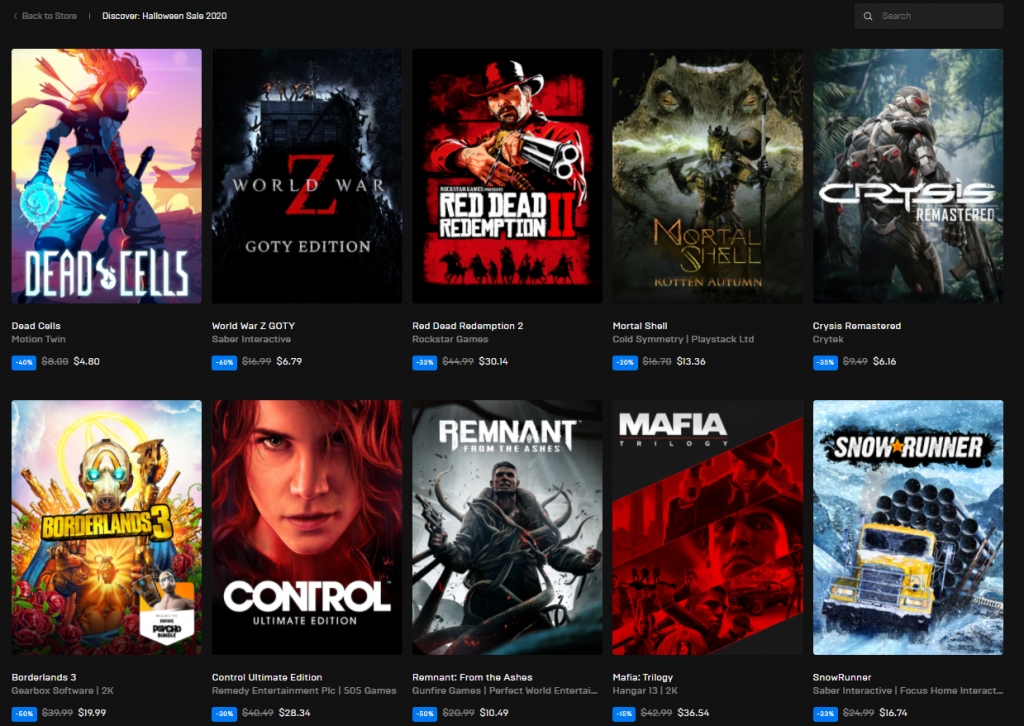 Since it’s Halloween, we might be tempted for a bit of fright. While Epic Games Store lacks in a variety of horror games, we still have a few that you definitely should check out during this sale. World War Z GOTY Edition is selling for only $6.79, that is as low as it can go. While Layers of Fear is at a kabadiwala-sale price at only $1.99, the game is certainly worth the price. Vampyr, the flu ravaged game, is on sale for only $6.29. Alan Wake, the atmospheric masterpiece is only $1.49, which is a MUST-BUY.

Other really great games that also follow suit into Epic Games Store (EGS) Halloween sale are INSIDE and Killing Floor 2. While INSIDE is selling for $2.39, it had previously been given out for free. Killing Floor 2 is certainly worth the buck though. It will set you back only $3.29, which is well worth it. It is a really good time-killing, zombie-bashing game. All the co-op modes are enormously fun.

So get your credit card out, and get some stuff on EGS unless you want to wait it out for the Steam sale starting at October 29th, right before the scare of the season.