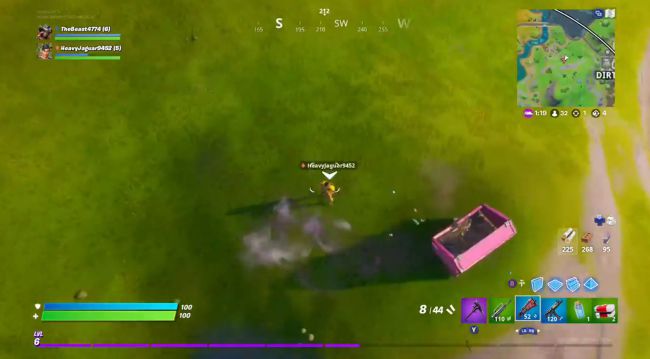 On October 13th, Fortnite Season 10 officially ended. As the Season 10 ended, players couldn’t do anything when they logged in to Fortnite as there was just a black hole ahead of  Chapter 2. Fortnite is back for a new Chapter 2 with a brand new map as suggested by the leaked battle pass trailer. And with the new Chapter 2 also arrives a new set of  ‘Open Water challenges’. However, the new Season not only introduced new challenges and a new map, but it also brought a few bugs along with it including the ability to fly boats. And now, Fortnite dumpster bug turns players “into a dementor”.

Redditor u/Bigdog-475 posted a video of the new bug which sees players being launched in the sky when they take shelter in a dumpster. The bug is called the “dementor”. Moreover, when players land, they even take falling damage which enough to kill them.

An Epic Games community manager has acknowledged the issue, confirming that the issue has been reported but as yet, there’s no further information as to why the bug is happening and when it might be fixed.