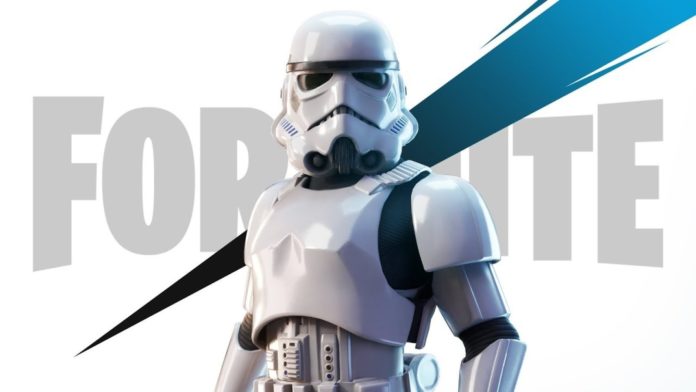 Fortnite Chapter 2 kicked-off on October 15th after the game went in a black hole for two days. It has already been a month since the new Chapter began but fans haven’t witnessed any crossover events yet. But now, the popular Battle Royale title is set to stage an epic collaboration with Star Wars ahead of the premiere of Star Wars: The Rise of Skywalker.

The upcoming FortnitexStarWars crossover introduces a new Star Wars stormtrooper cosmetic skin which is now available for free in Fortnite‘s store. However, it is free only for players who buy Fallen Order on the Epic Games store. For anyone who wants to buy the skin separately, they will have to spend an extra 1,500 V-Bucks. Furthermore, players can expect more items as showcased by the “Part of the Original Trilogy set” in the Fortnite store.