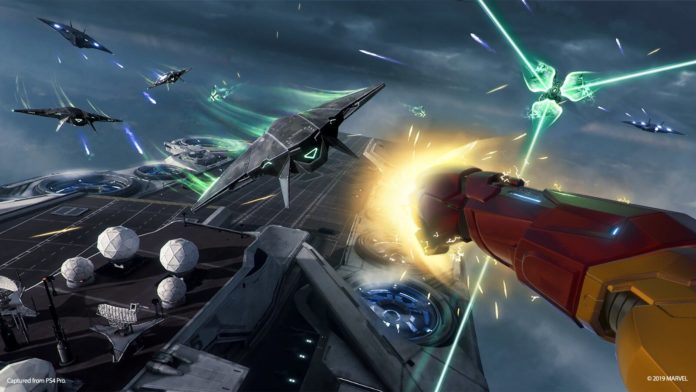 Marvel, the company behind the fascinating and one of the highest-grossing movie series ever, Avengers has been working on consolidating its roots in the gaming industry. Marvel’s Avengers Game has been in the news for quite some time now as the company is busy showing us glimpses of gameplay of the superheroes featured in the game including Hulk, Thor, Natasha Romanoff, Iron Man, and Captain America. And now, during the New York Comic-Con, Marvel came up with a few announcements including the announcement of Avengers: Damage Control, a location-based VR experience, Marvel’s Avengers sixth-playable character Kamala Khan in the latest announcement trailer. Moreover, now we also know that Ironman VR will arrive on PS VR on February 28th.

We finally know now what the new experience will be all about. Tony Stark’s aka Iron Man will take on the virtual skies to defeat his adversary, Ghost. The trailer further hints that Iron Man VR will have an original story unique to the VR game.

Ghost, as we know from Marvel’s comics is a hacker and anti-corporate activist who appeared in the movie Ant-Man and The Wasp. She attacks Stark locations around the planet.

Furthermore, Marvel also announced Iron Man VR digital deluxe edition which will be available for $50. Also you will you’ll receive 12 research points to unlock weapons and upgrades earlier than you would through gameplay alone, a digital copy of the soundtrack, four Iron Man armor skins and a PS4 theme. With the Pre-order, you will get four Iron Man looks, a second theme and a one month trial of Marvel Unlimited.