A PowerPoint slide from a recent Chinese retailer event was leaked on Twitter this week, pointing to Acer’s upcoming Nitro AN515-54 and AN517-51 gaming laptops will be featuring Intel 9th-gen Coffee Lake H-series processors and Nvidia’s GeForce GTX 1660 Ti and soon-to-be-released GTX 1650 graphics cards. 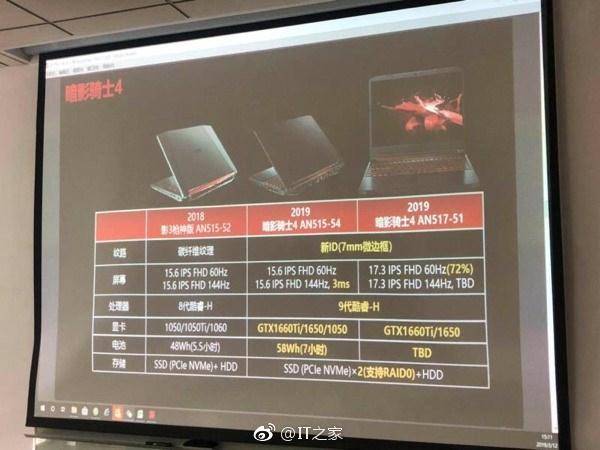 However, there have already been several leaks regarding the allegedly incoming GeForce GTX1650, which will be the lowest-end Turing offering – and this certainly backs up those leaks. 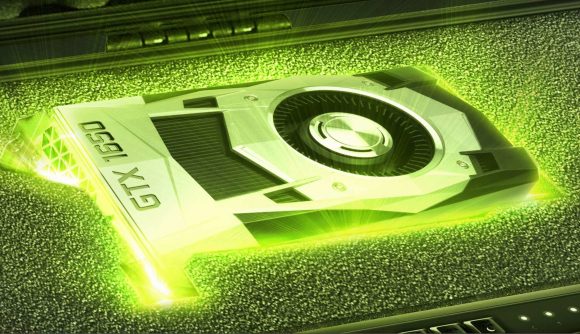 The 2019 Acer Nitro AN517-51 laptop will apparently allow shoppers to choose either a GeForce GTX 1660 Ti or GTX 1650 graphics solution. This larger device will also use a chip from Intel’s 9th Gen Coffee Lake lineup, and it will also have at least two displays to choose from 17.3-inch IPS FHD 60 Hz or 144 Hz.

With Nvidia’s apparent GTX 1650 launch creeping closer, we’re sure to hear more in the coming weeks about this entry-level card. And with Intel also gearing up for another refresh, April/May could be a great time for gamers on the go.